Fifty-six riders representing the international freeride community descended on the

during a 2 stars qualifier and a 4 stars main event.

snowfall and fantastical freeride terrain. After a week of intense snowfall, the skies briefly 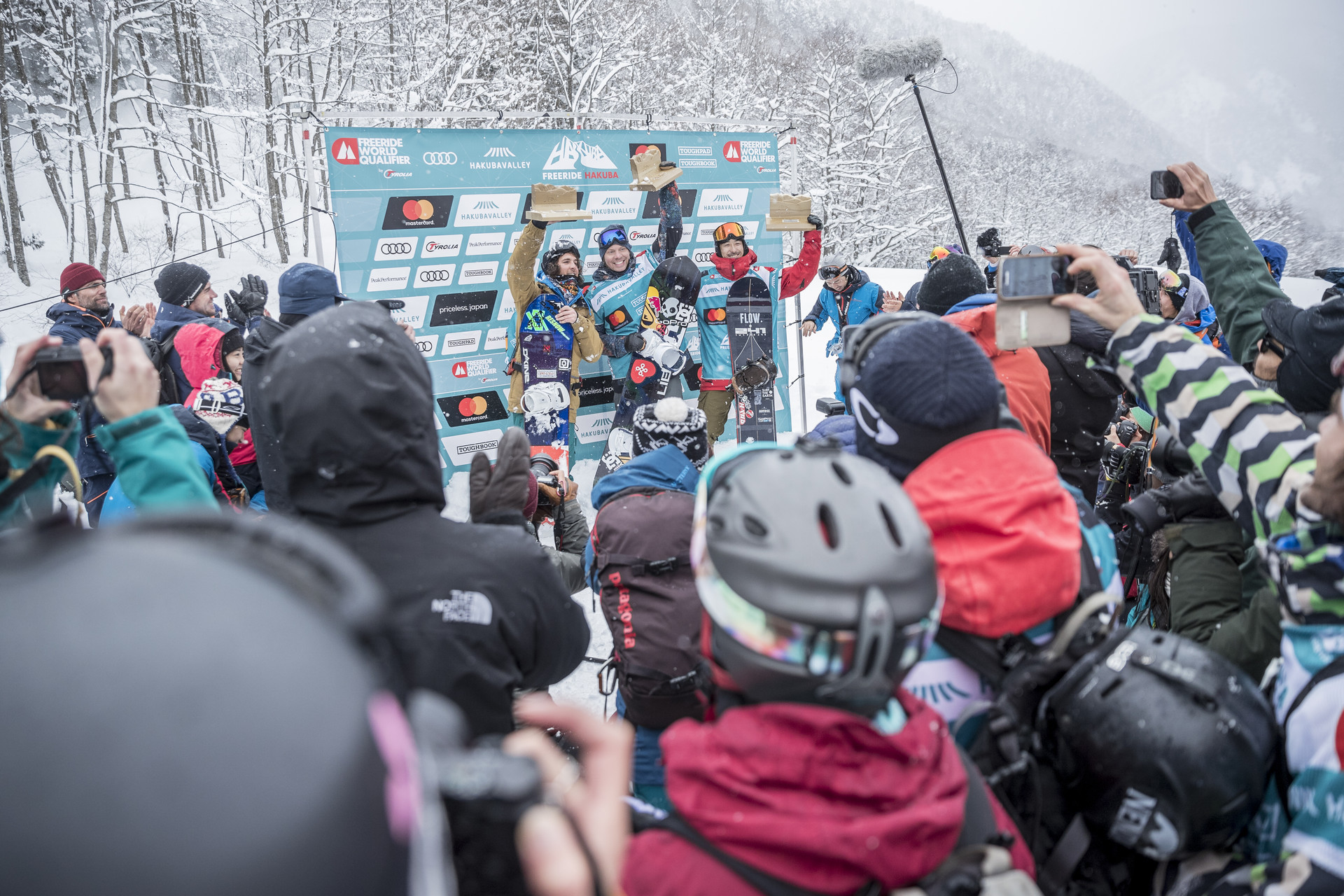 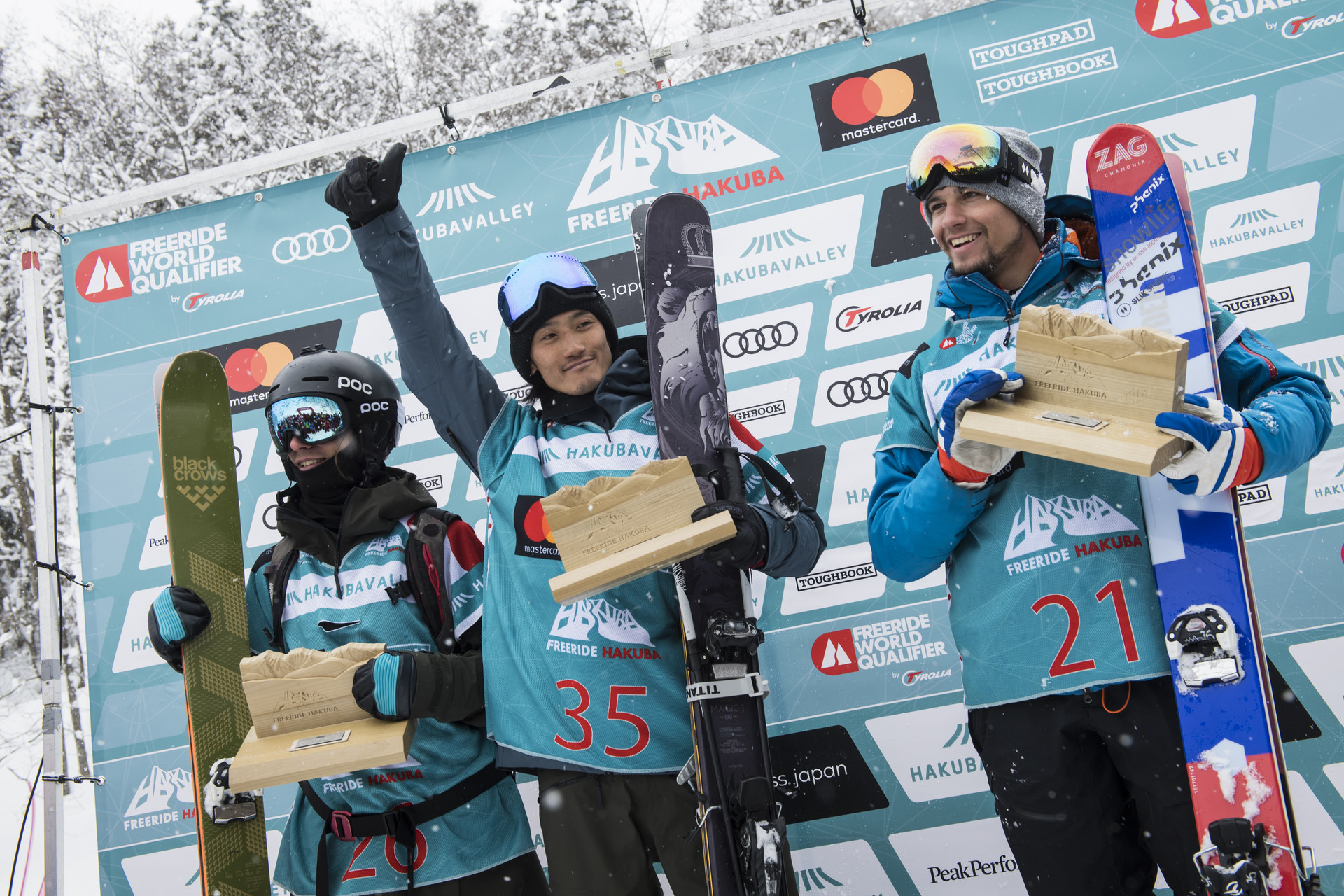 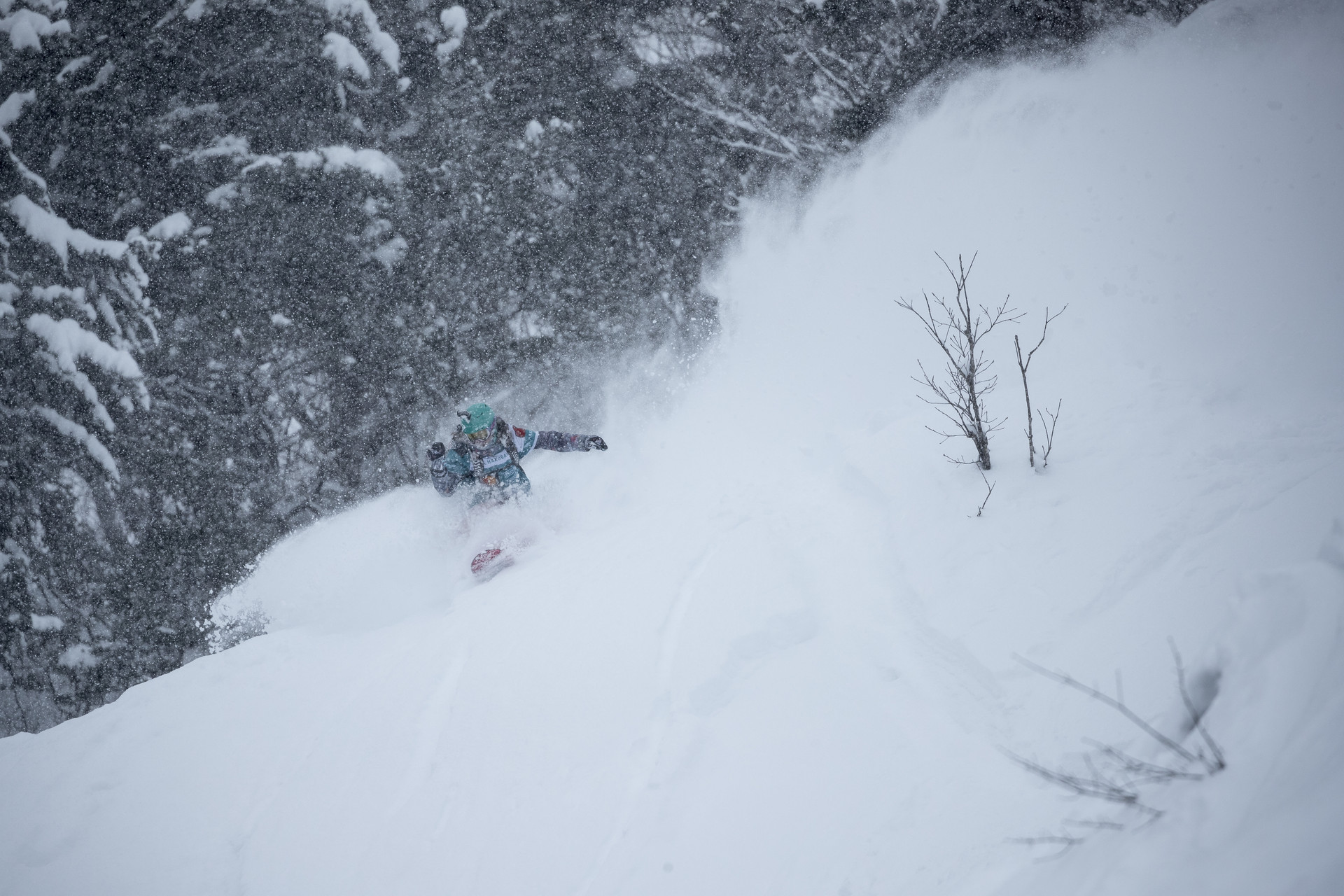 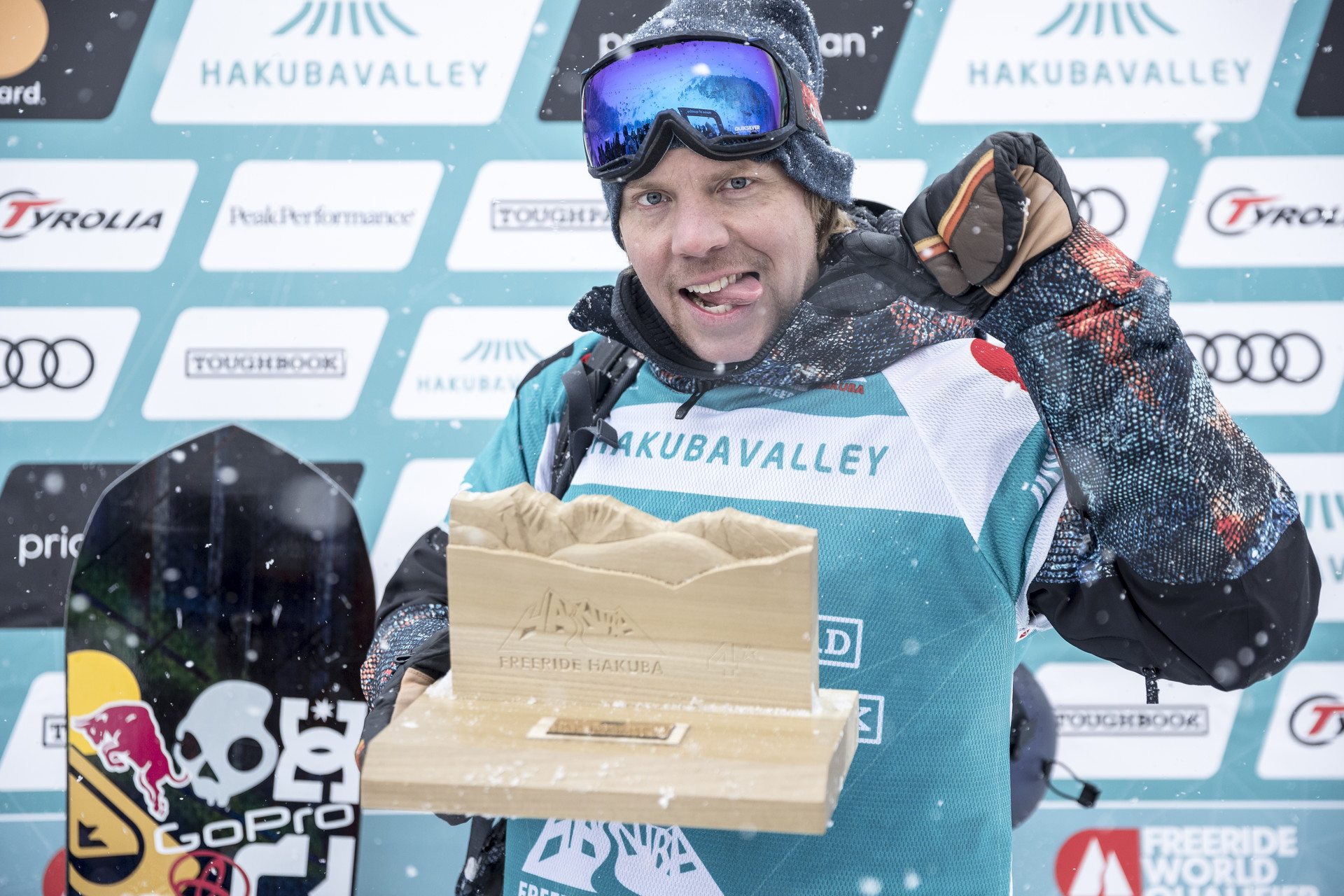 for the first group of riders which included the legend of backcountry freestyle,  Travis Rice

(USA), whose incredible run featured a massive stomped 720 back and 360 front, making

him the undisputed champion of the day. It was a daunting task to challenge Rice’s run, but

local rider  Shin Biyajima (JAP) held his own with a powerful run and stylish grabs.

Shredding through the dense features of the forested venue,  David Vicente (ESP) came in

third place with a run that exemplified control.

freestyle airs and flips. Not all riders were able to stomp their landings in the deep snow but

with a stomped backflip, earning him first place and a wild card on the elite 2017 Swatch

Freeride World Tour. He was followed in second place by a strong run from  Loic Burri

(RUS) off the podium to earn third place with a solidly stomped backflip.

Despite slightly reduced visibility and intermittent snowfall, the women snowboarders

line that put her on top of the podium.  Michaela Davis-Meehan (AUS) came in second with

start to finish, earning her first place. As riders got into their rhythm,  Caite Zeliff (USA)

powered through the spines and stomped a shifty in the middle of the venue. Veteran FWT

enough technical perfection to finish at the top of the podium.

As the historical epicenter of Japanese freeride culture, riders and spectators were treated

Olympic Games. Freeride is gaining traction among the Asian snowsports community as

evidenced by the recent rapid growth of interest in the sport. The success of this inaugural

competition has paved the way to the possibility of the expansion of FWQ, FWT, and

Junior events in the area.

With the FWQ season now in full-swing, follow the competition circuit as hundreds of

news can be found on freerideworldtour.com and the FWT/FWQ Facebook page