The third and final day of the Subaru Freeride Series at Telluride Ski Resort (SFS) concluded today with conditions nothing less than spectacular. A bountiful storm cycle blanketed the resort with fresh snow just in time for three impressive days of competition culminating in today’s finals. All athletes in the two-day main event competed at an extremely high level resulting in a close competition. At the end, Jonathan Penfield and Camila Brown won the snowboard competition, and Connery Lundin and Kaki Orr won the ski division.

“It’s incredible to see so many new athletes emerging onto the scene. The tight level of competition required all athletes to push the level of the sport,” explained Competition Director Bryan Barlow. “I look forward to watching this progression continue as we move towards future competitions. As competition organizers, we always strive to make the best decisions for the current conditions and venues. The athletes’ smart decision making today absolutely confirmed that having a visual only inspection of Dihedral Face was the right decision.” 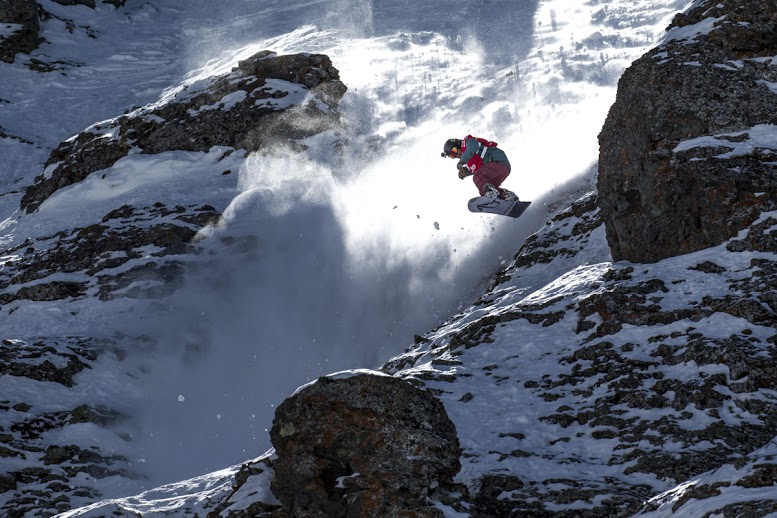 Photo courtesy of J.DASH and the SFS…

The competition began with women’s snowboarding. Camila Brown of Salt Lake City, UT chose an excellent line enabling her to maintain high speed while executing fluid turns. She also made excellent use of playful fall line features at the bottom of the venue. With two days of solid competition, the judges gave her a total combined score of 124.67.
In the men’s snowboard division, Jonathan Penfield of Pemberton, BC accomplished his second Subaru Freeride Series win of the season with a total combined score of 144.00. Penfield is a highly thoughtful and calculated competitor who understands what the judges are looking for and plans lines he can solidly deliver.

“I’m definitely stoked to be the current point leader after taking two wins this year,” exclaimed Penfield. “It’s great to come to Telluride for my first time and hit it with amazing conditions. There’s a really cool community here.” 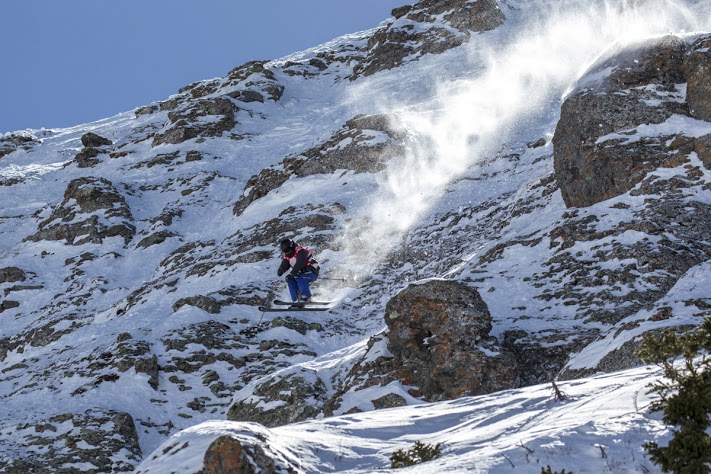 Photo courtesy of J.DASH and the SFS…

Connery Lundin, from Olympic Valley, CA, earned first place in the men’s ski division edging out Gary Mackenzie by only one point with a score of 142.67. Lundin entered the finals with a commanding lead from the first day of competition, which he claimed by executing a ride-side 360 and a large backflip. He took his point lead into consideration for finals and skied a clean line with a massive cliff drop to deliver a jaw-dropping run.

“This is my first time winning a Subaru Freeride Series competition,” said Lundin, “It’s overwhelming and it’s taken a long time for me to do it. I finally feel deserving and I couldn’t be happier.”
For the women’s ski division, Kaki Orr of Jackson Hole, claimed her first Subaru Freeride Series win by laying down a line in her usual hard charging style. The judges rewarded her with a score of 134.67 for skiing one of the most technically fluid runs of the day with bold straight-line airs.

“It feels pretty incredible to be standing on top of the podium after my second ever SFS competition,” Orr remarked.

The crowd was absolutely gripped while watching the winners of the coveted Backcountry.com Sickbird Award. Skier, Mark Mikos, was the only athlete to launch a chute transfer across the cliff band and snowboarder, Gabriel Gibbs, was the first man to stomp the large cliff in the hanging snowfield.
“Winning the Sickbird belt buckle is freakin’ unreal and came out of no where. It’s a huge honor for sure with a lot of energy around the award,” explained Gibbs, “The rest of the field crushes it and they had me super stoked to go ride my line.”

The North Face Young Gun Award is granted to the most impressive up-and-coming athlete under 20 years old. Chance Deschamps-Prescott was recognized for this award by outwardly exemplifying sportsmanship and passion for the mountains. Deschamps-Prescott skied an extremely creative line through a very technical chute in the center of Dihedral Face.

The Subaru Freeride Series continues to Telluride, CO (March 4-8), Alyeska, AK (March 16-22) and Big Sky, MT (March 25-29). After the Big Sky competition, the 2015 Freeskiing World Tour and Masters of Snowboarding Champions will be crowned. For the event schedule and details, please visit www.SubaruFreerideSeries.com.