Christina Lusti recently returned from a trip to the Adamants range in the northern Selkirks of BC, where she and group including Tom Grant, Johanna Stalnacke, and photographer Fred Marmsater climbed and skied a line a called Consternation Chute. Accessing the line from the Austerity Glacier, the chute is labeled in the Selkirks North climbing guide book by David P. Jones as a 50-60 degree couloir that leads up  to the col between Blackfriar Peaks. Here’s an abbreviated interview that I had with Christina about her trip: 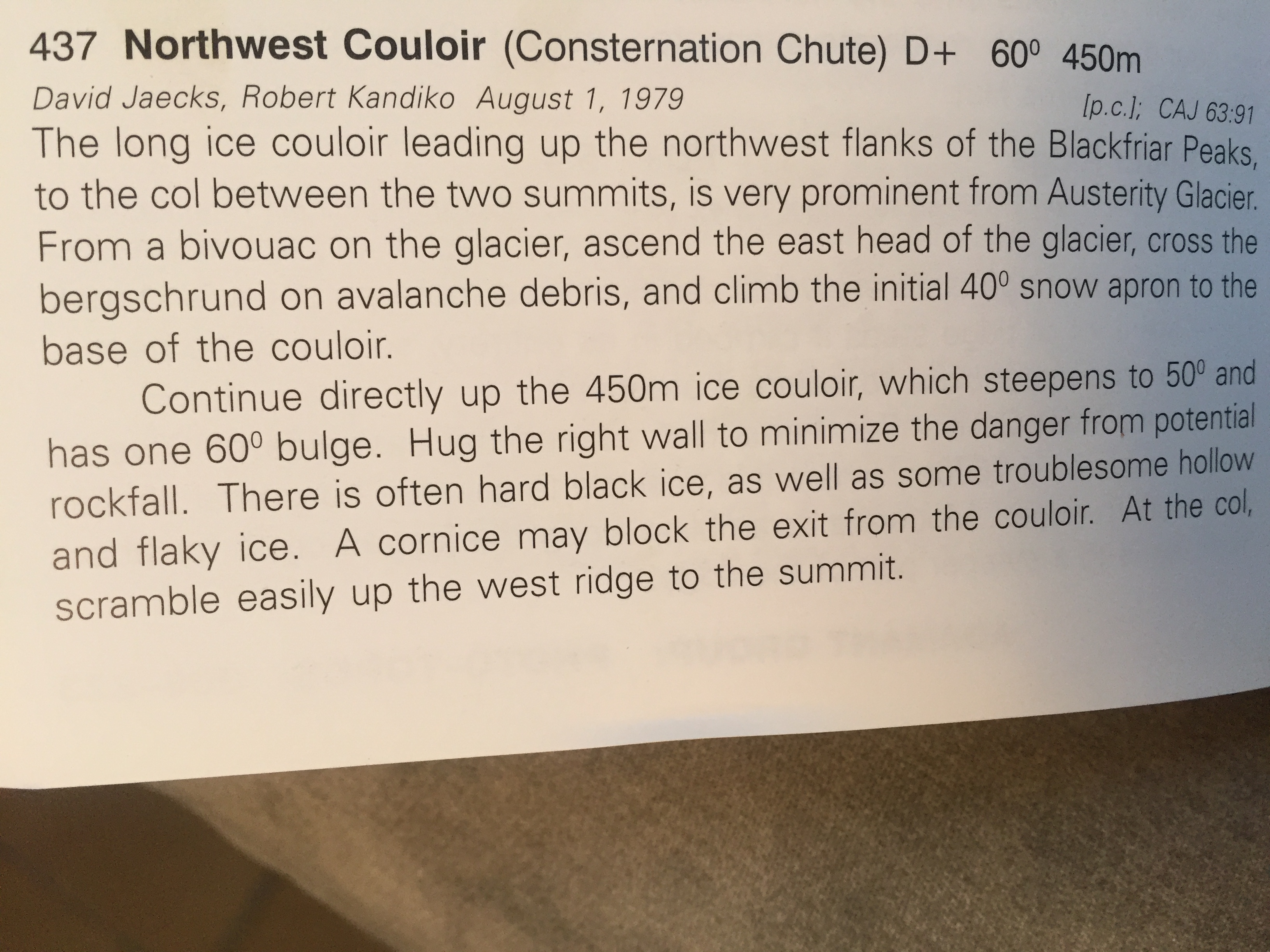 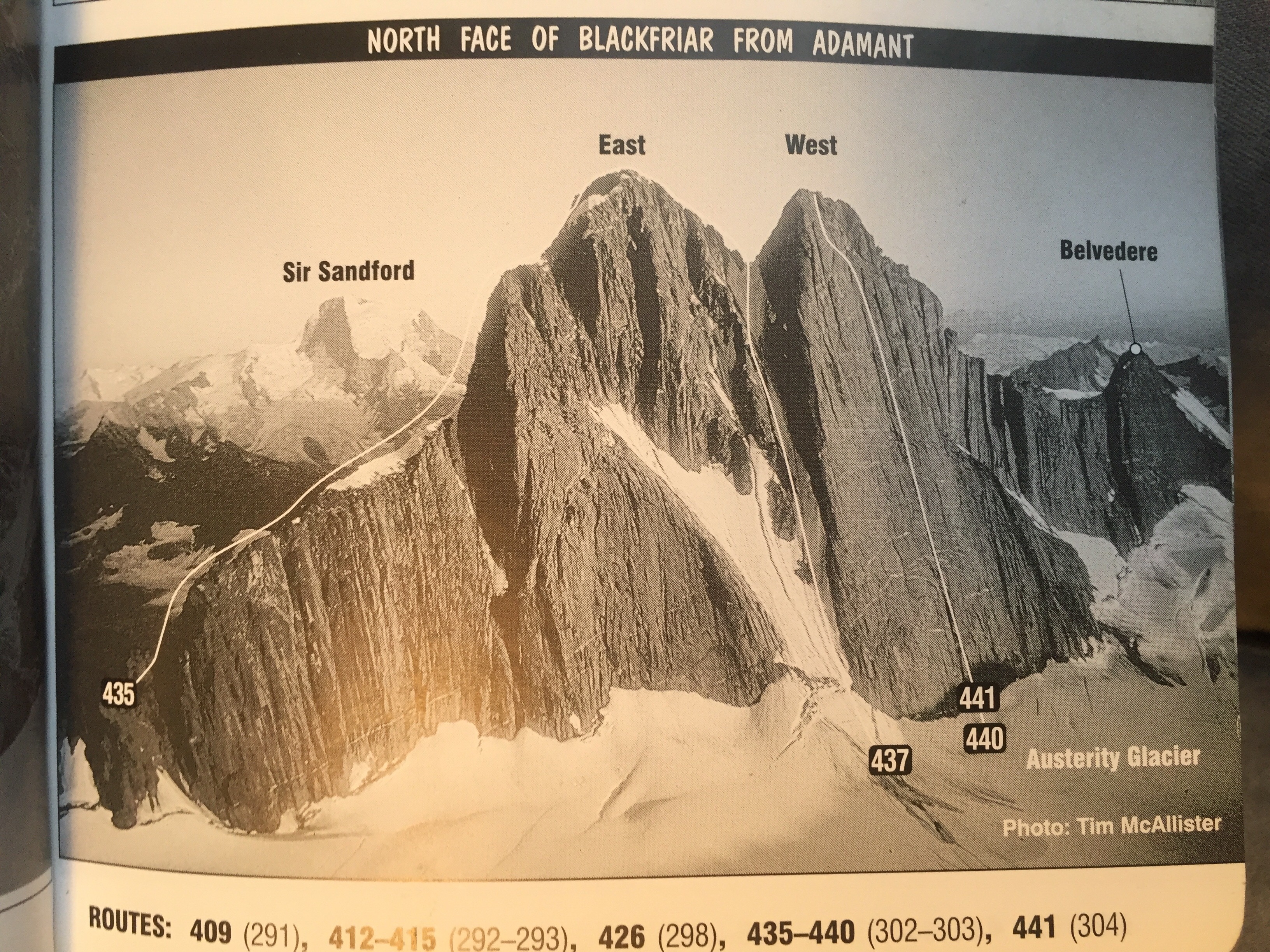 TG: Tell me about line? You’ve been planning to hit it for a while?

CL: It was one of the main objectives I was thinking about on this trip with the Black Crows team. It’s been one line I had been dreaming of since my last few trips in that area. It took a lot of the planning and logistics for this trip for sure. They invited me to team up and go to AK this spring but conditions in AK didn’t seem confidence-inspiring to send big objectives, knowing the kind of snowpack they have. So we decided to locate the trip in BC, hoping we would get the weather and snow for a send. Looking at coast and interior options and a last-minute weather check, we decided on interior Selkirks, fly-in base camp.

TG: Do you think that line has been skied?

CL: As far as I know it hadn’t been skied.

CL: We climbed and skied it from the Austerity Glacier in a day from our base camp on Adamant Glacier.  About 3/4 the way up we reached a short ice pitch enough to swing the axes and I was very happy to have double tools and steel point crampons. Scariest part was climbing the ice. I skied first and was convinced I could ski the line clean without using the rope over the ice. I dropped in leaving the rope with Tom and Johanna to use. The snow was really great in the line. I’m guessing it’s more filled in that usual due to the season we’re having in the alpine this year. The top pitch sloughed a little but after crossing the ice the bottom skied fast with minimal sloughing. 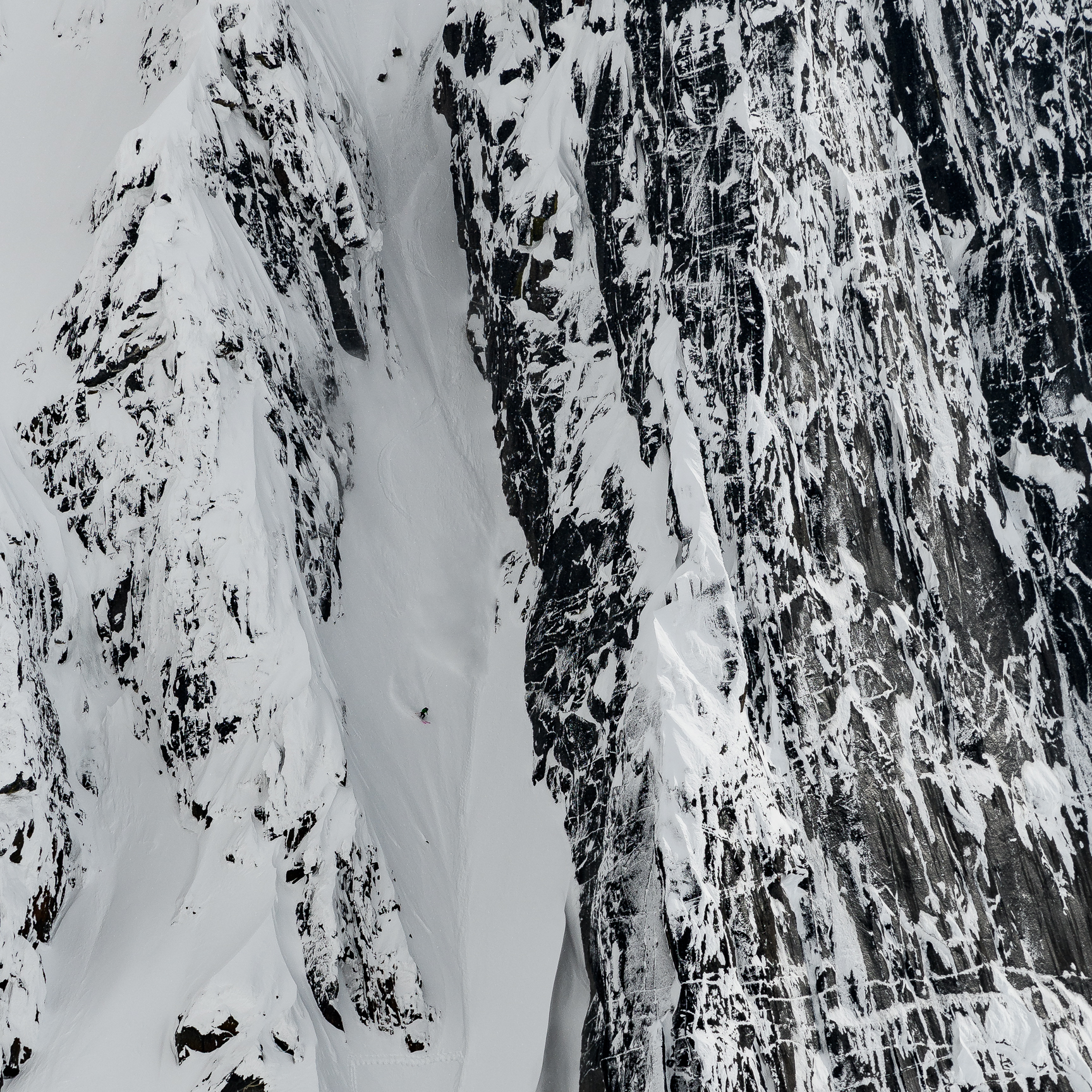 TG: I asked you if it was a first but I want to know how much being first is important to you?

CL: I don’t chase around first descents … frick Greg Hill has already skied most things in this area anyway. But I’m always attracted to fun, steep, “safe” lines. First descents are just a bonus I guess. It’s all about timing and luck.

TG: Will we see a video edit of the trip?

CL: Yeah, Black Crows will make an edit. [Biglines will embedd the edit when it drops in this story]

TG: Any beta worth passing on to others who may want to do a trip to the area?

CL: I have been into this area 4 times. Every trip I have done has been very different.  My first trip I skied in and out the Adamants. I’ve stayed at Fairy Meadows and stayed at Great Cairn. This last trip we base-camped on the Adamant Glacier. Things have changed and some years the steep alpine has not held much snow, this year things are filled in. If you time it right with weather stability, a motivated crew can get lucky and ski some fun objectives. 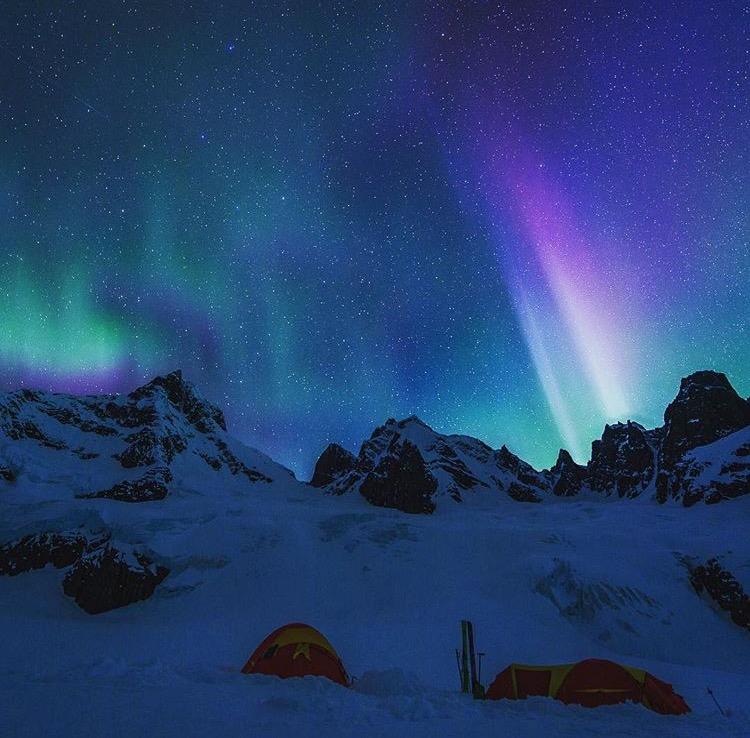 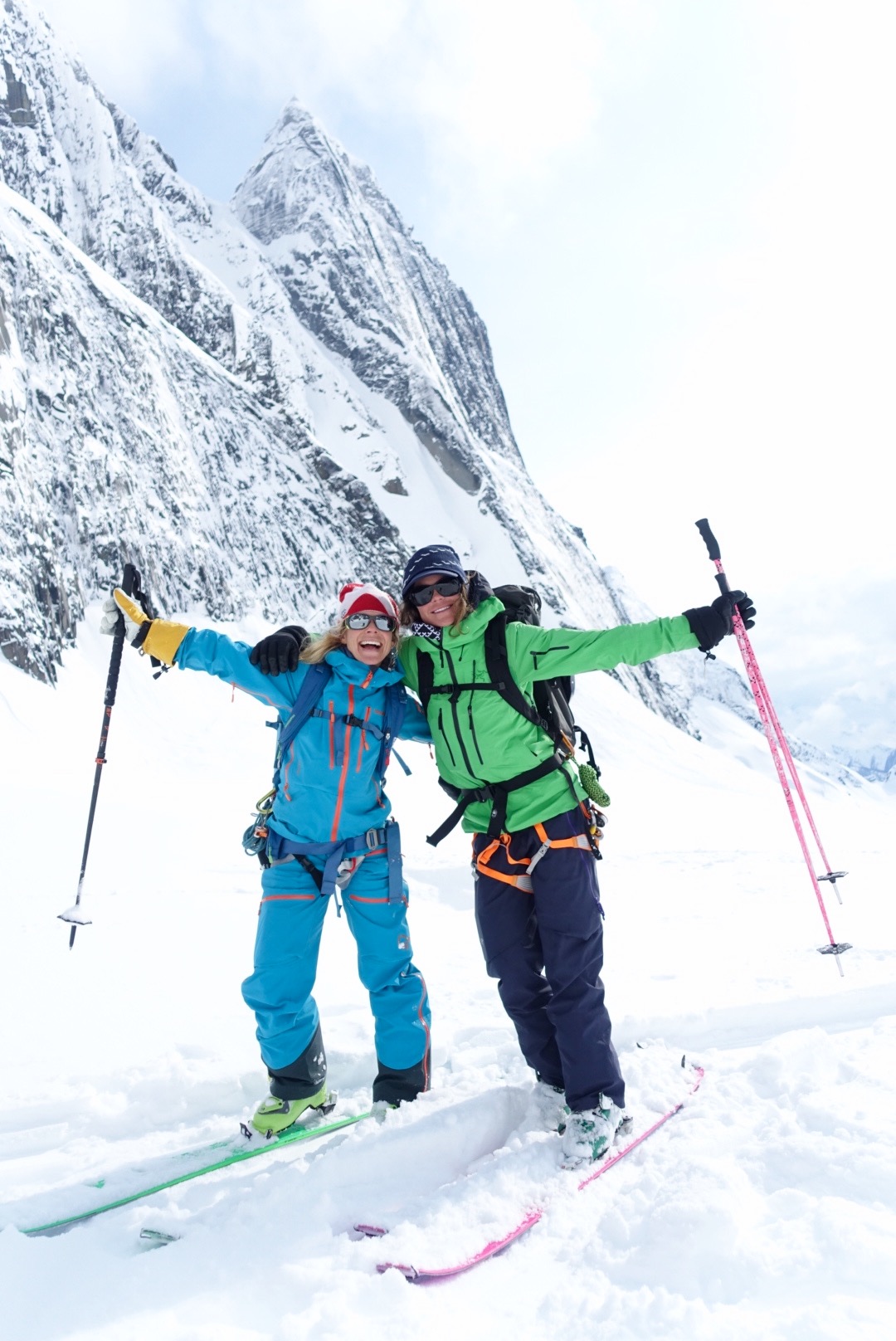 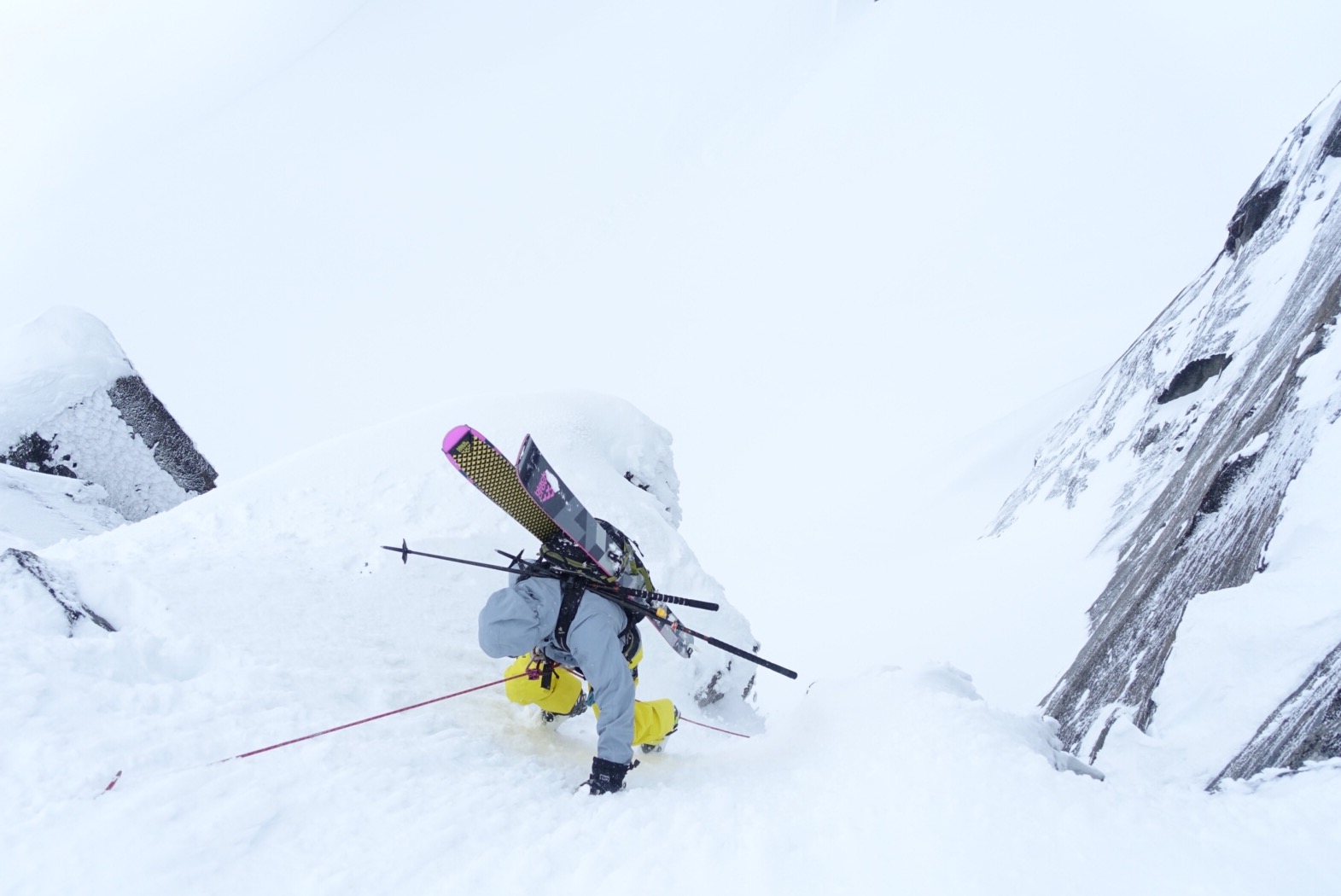 Descending off the top.