There’s no lesson that can teach you about yourself quite like ski touring in Rogers Pass. If enlightenment is the ultimate goal of our existence, then the spice of life is how ski tourers achieve such understanding. The mountain traditions of Rogers Pass are as deep as the powder held in the ominous bowls that loom above the parking lots. To be apart of it is always unique, and always hard. Many an ego and body have been crushed under the daunting vertical of the peaks here but also, many lives have been bettered through the sharing of sheer beauty with pure souls. Love it appears, is a realization.

Like many, the monitoring of social media posts proved that ski season was indeed happening en mass this October and so the decision to join the fray was inevitably made. The search for partners consisted of a blanket text approach to potential partners with a one word line, ‘Ski?’. The initial responses were predictable but I had faith the universe would reward good intentions (turns out I was right). There were several ‘would love to but can’t,’ answers and there was a couple ‘let me know how it goes,’ (hence this blog) and there was one ‘sure bud, headed to Rogers on Sunday.’  Man I love Joey Vosburgh! He’s always been inclusive with these kinds of random requests from me, although it’s rare our paths actually align. I was stoked that I got a hit with an old friend who I enjoy time with and started planning accordingly, but my excitement soon turned to trepidation when I learned that super humans Christina Lustinberger and Julie Matteau were also coming and that it was ‘going to be a big day.’ Oh shit, what I have I gotten myself into? This is gunna hurt.

SNOW BETA
This fall (Oct. 2016) there has been a series of storms that has left good and mostly stable accumulations above 2000m, but the snow line below 1,500 is virtually non-existent, which makes approaches and exits even gnarlier than usual. A pit at 2,350m on the flanks of 8812 Peak, revealed 140cm snow with 40-50cms of fist to 4 finger snow sitting on top of 90- 100cms of 1 finger moist snow. There was no significant results from a compression test. There was sun and wind effect on the surface depending on aspect and it’s been a few days since it stormed up high. Vosburgh MIN report 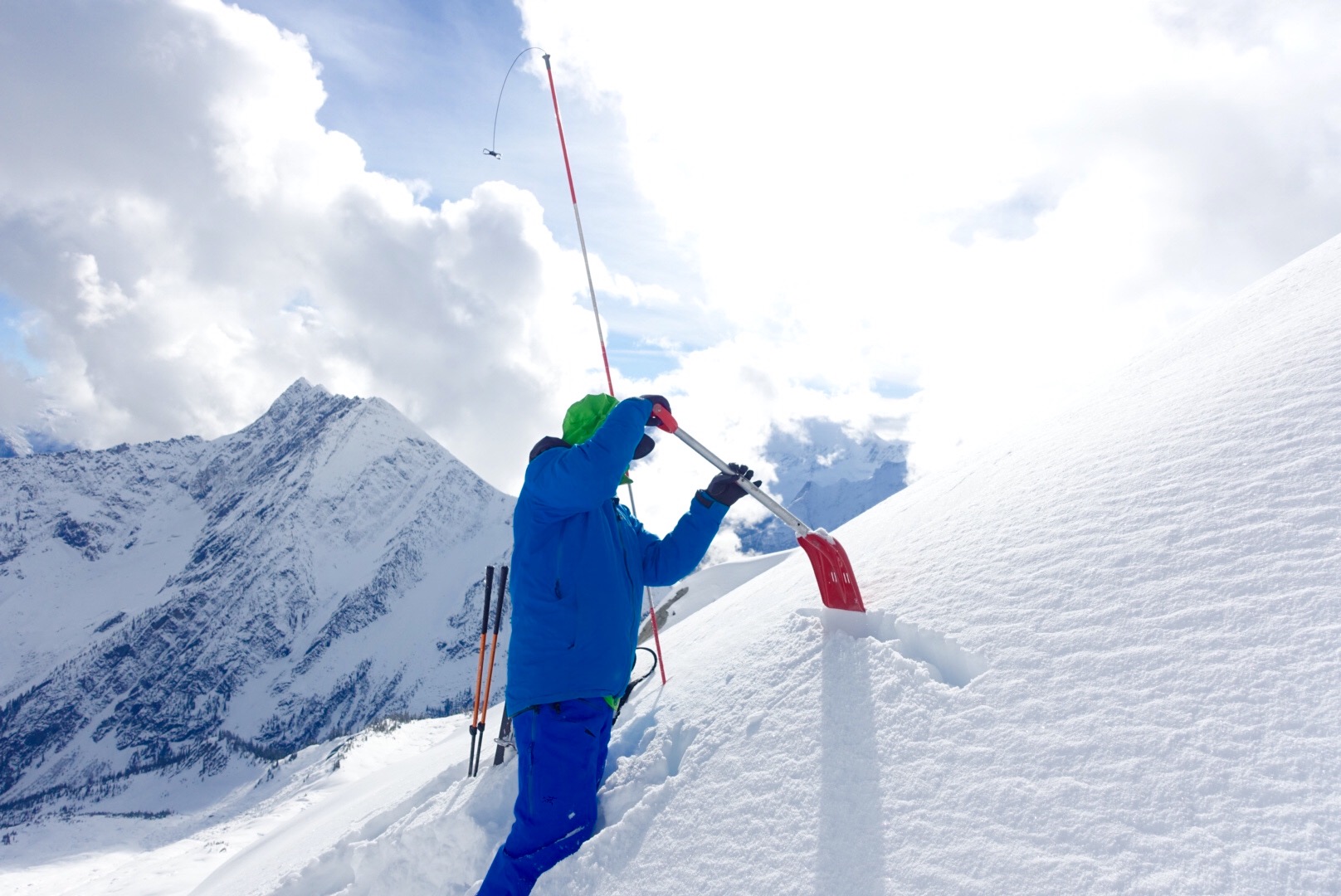 The fear of being a drag is a powerful motivator. Good nutrition, a semi regular gym routine and the desire to just be excellent in the mountains helps to keep up to the pace. Telling funny jokes with soft spoken punchlines can also keep interested parties in range. Encouraging cheers from people who genuinely want you to succeed also helps.  I’ve been staring at Trevor Sexsmith’s Biglines hat on my desk, that his pals re-gifted back to me since his passing, and wearing it also helped make my steps lighter. He’s the only guy from Golden I know that could actually give Lusti and Matteau a legit endurance battle. Thoughts like this help pass the time and distract from the angry patella tendons yelling at me.

Due to great weather, the vibe was high with our crew, even if the breaks were few. Lusti, as Joey describes, ‘likes to take her first break of the day when she gets back to the car,’ and Julie Matteau is a like having a trail breaking ‘secret weapon.’  Digging deep and proving to yourself what you’re capable of, along with being rewarded with amazing skiing is what Rogers Pass is all about. It’s why the place is so popular and in those terms, you can consider that ski season is on here. The truth, is that we found a way to get it good but it didn’t come easy. Skinning down and out at the end of the day was 10x worse than marching in, but the turns up high were so sweet that the pain should be forgotten (in a couple more days) and the bliss that remains is so satisfying. Now let’s hope that it’s a ‘November to Remember,’ around these parts, because I’m a lot more ready than I was two days ago. Ski? 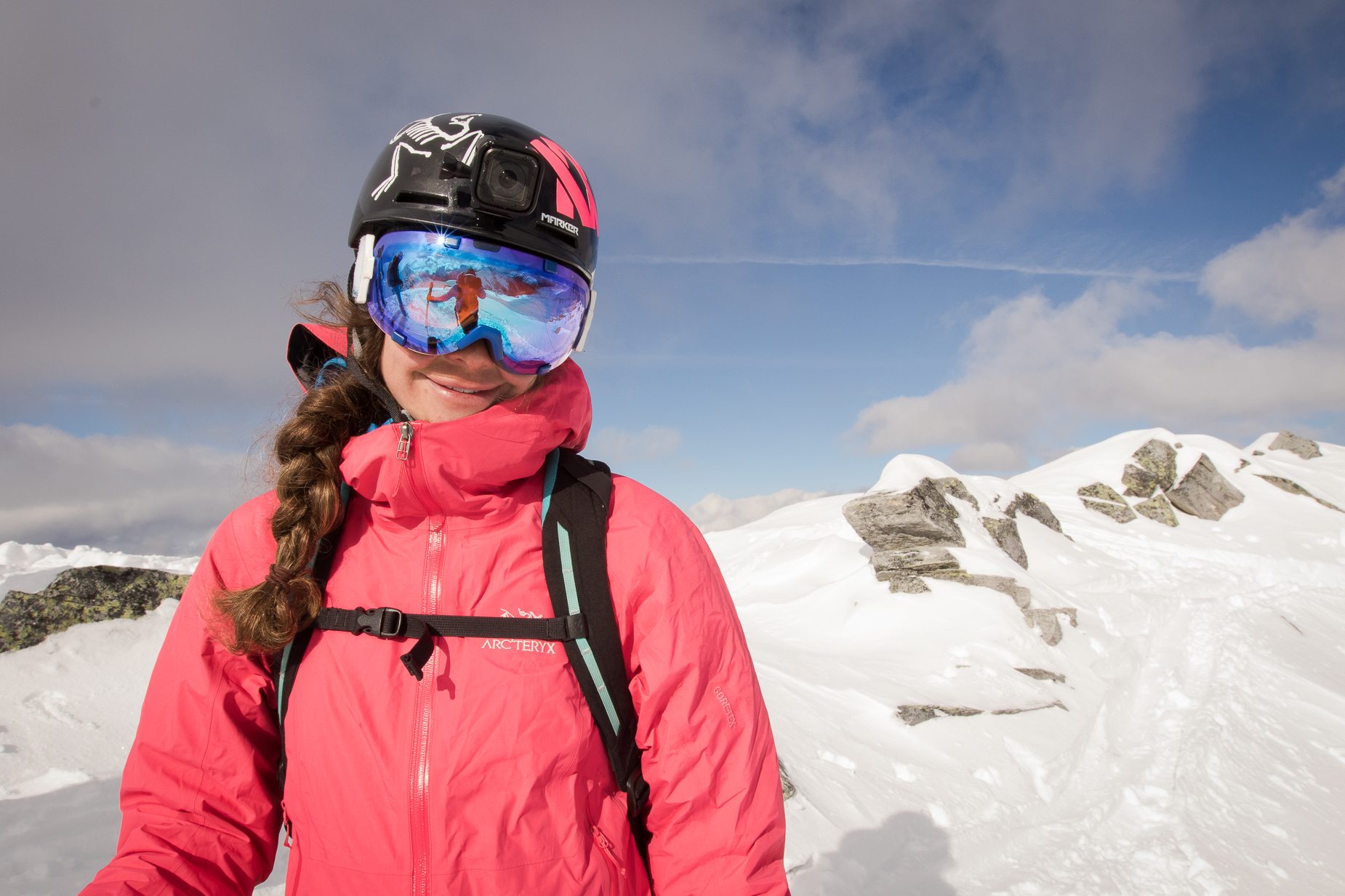 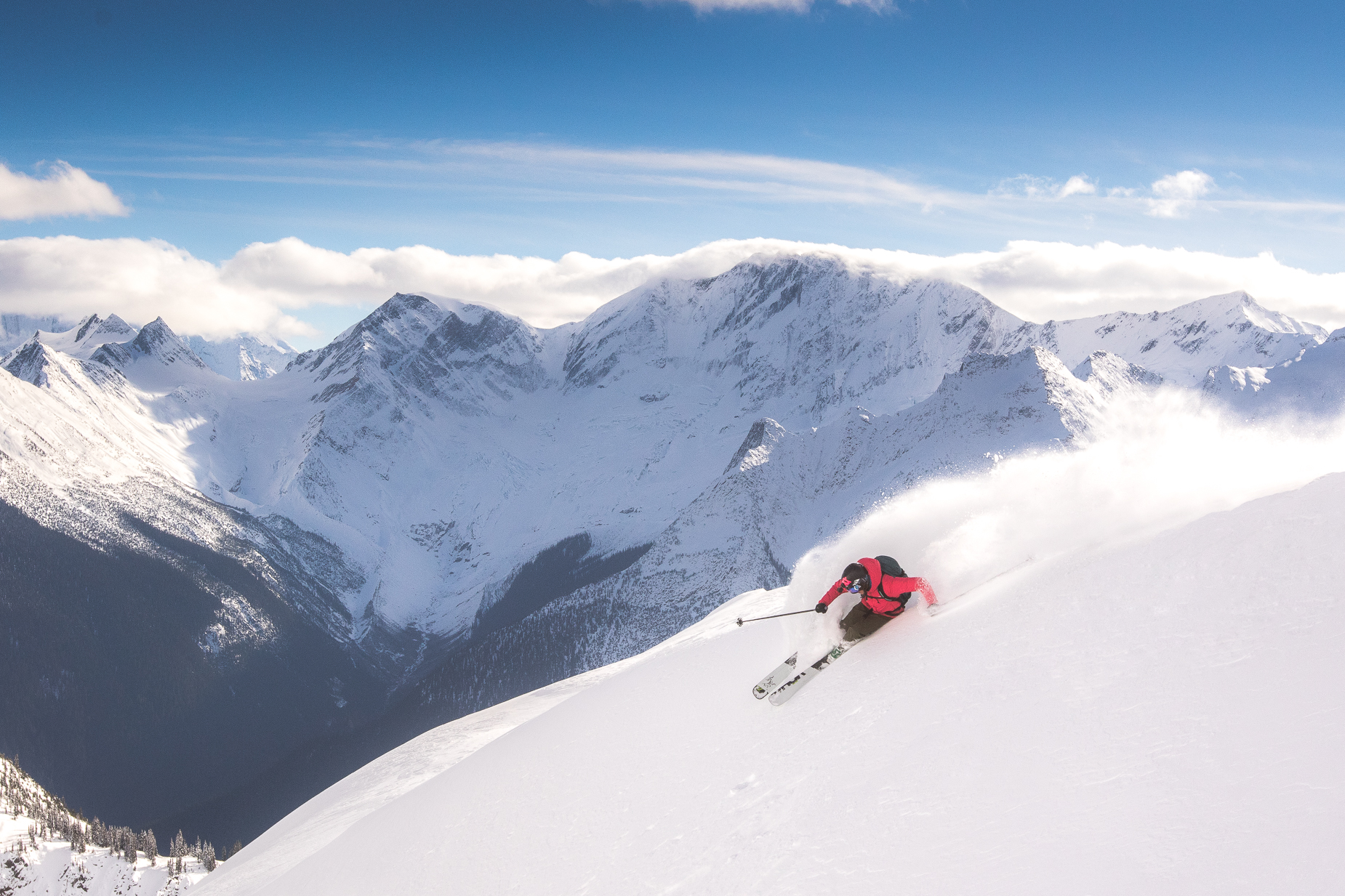 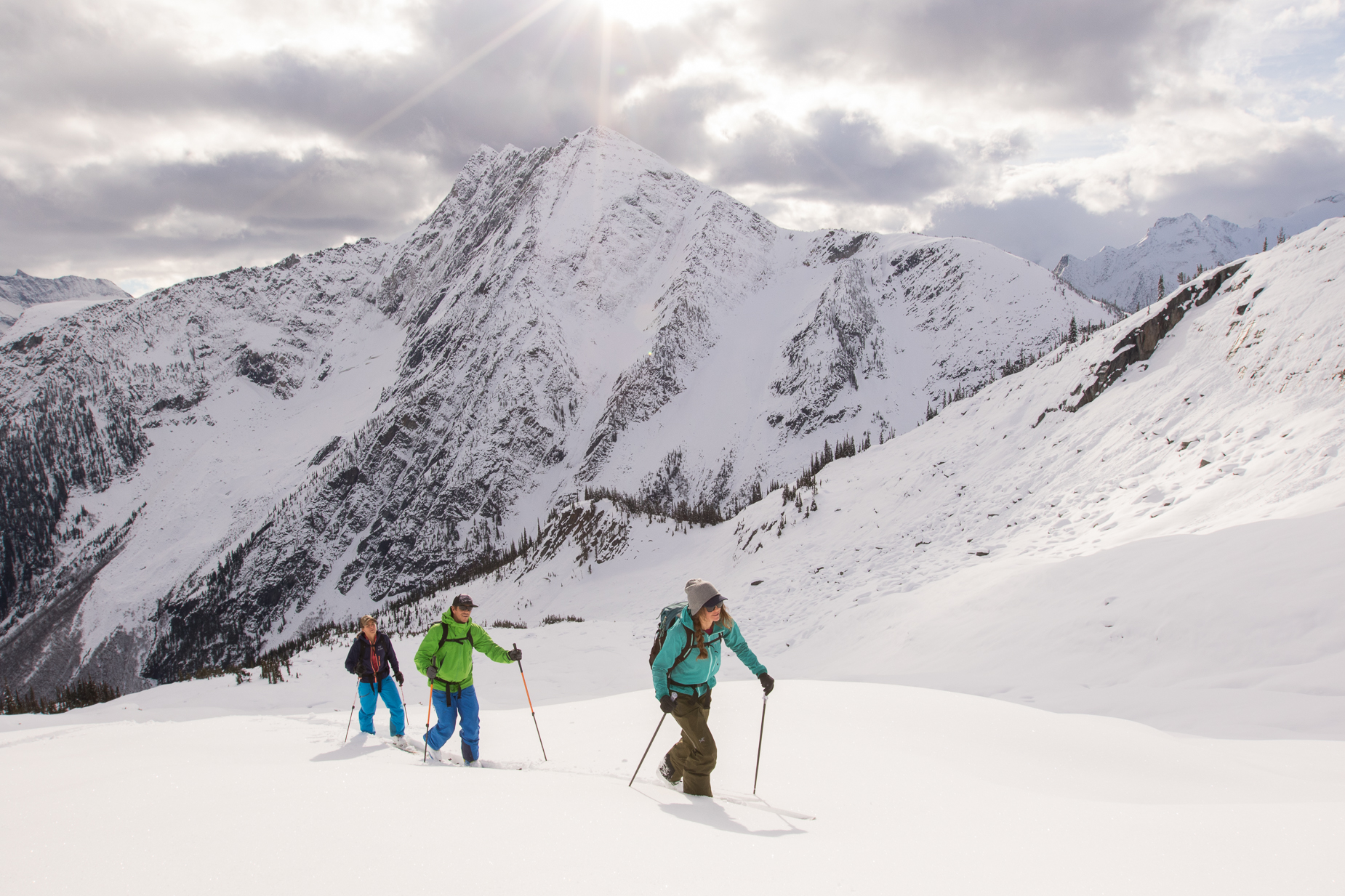 Snow above 2100 m is dreamy. Breaking through to the alpine is not. Photo @TGFG_ 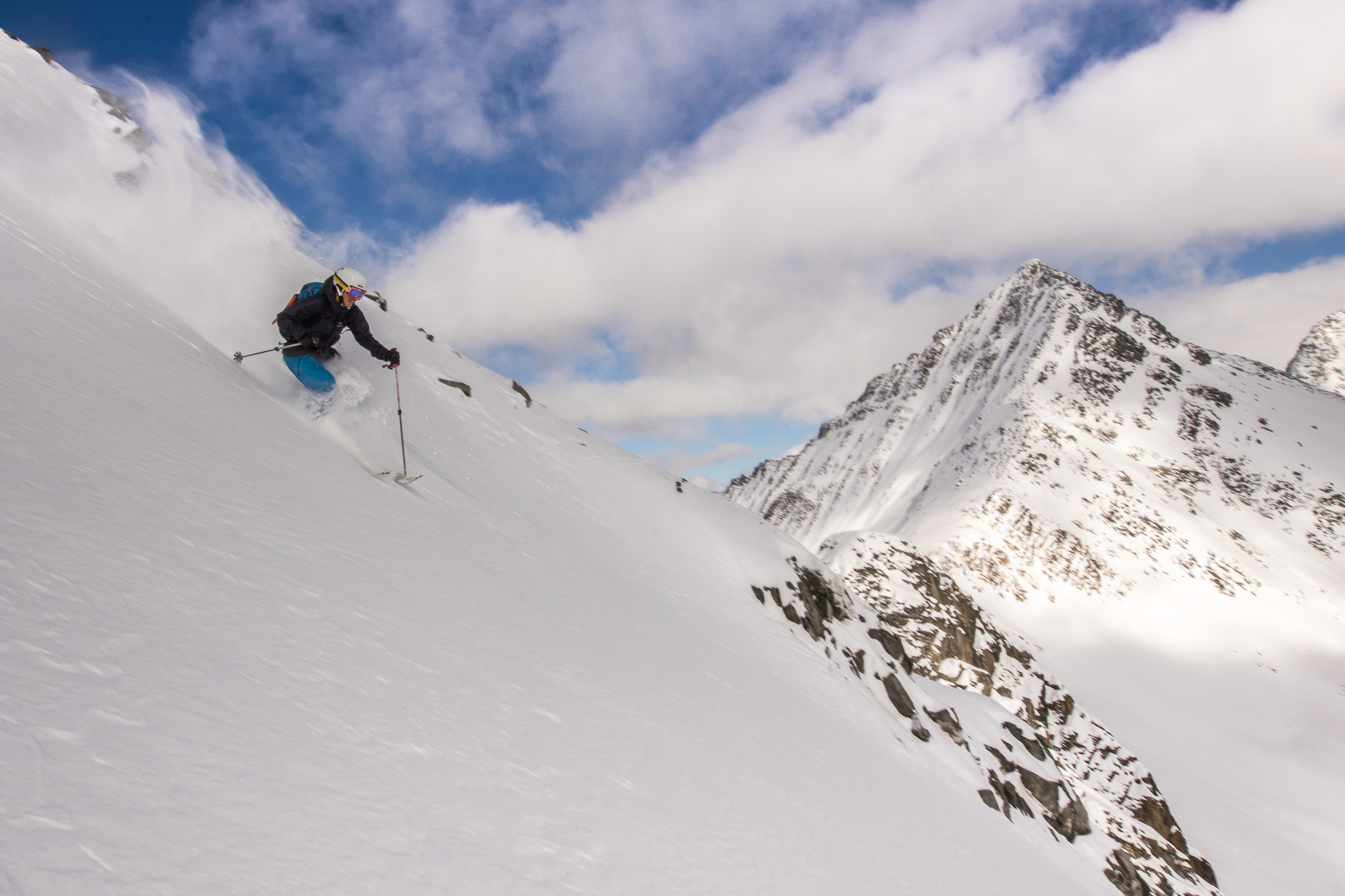 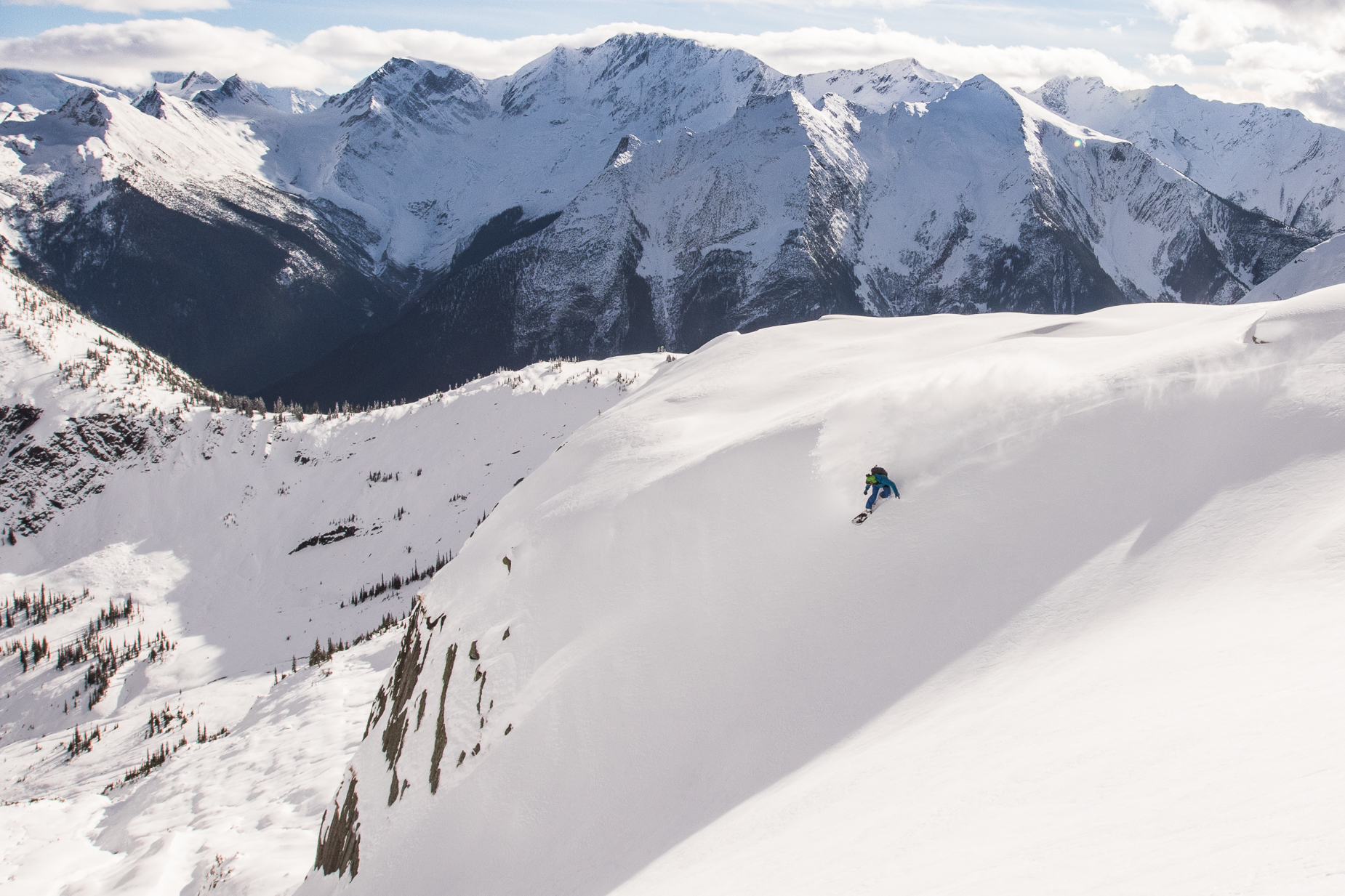 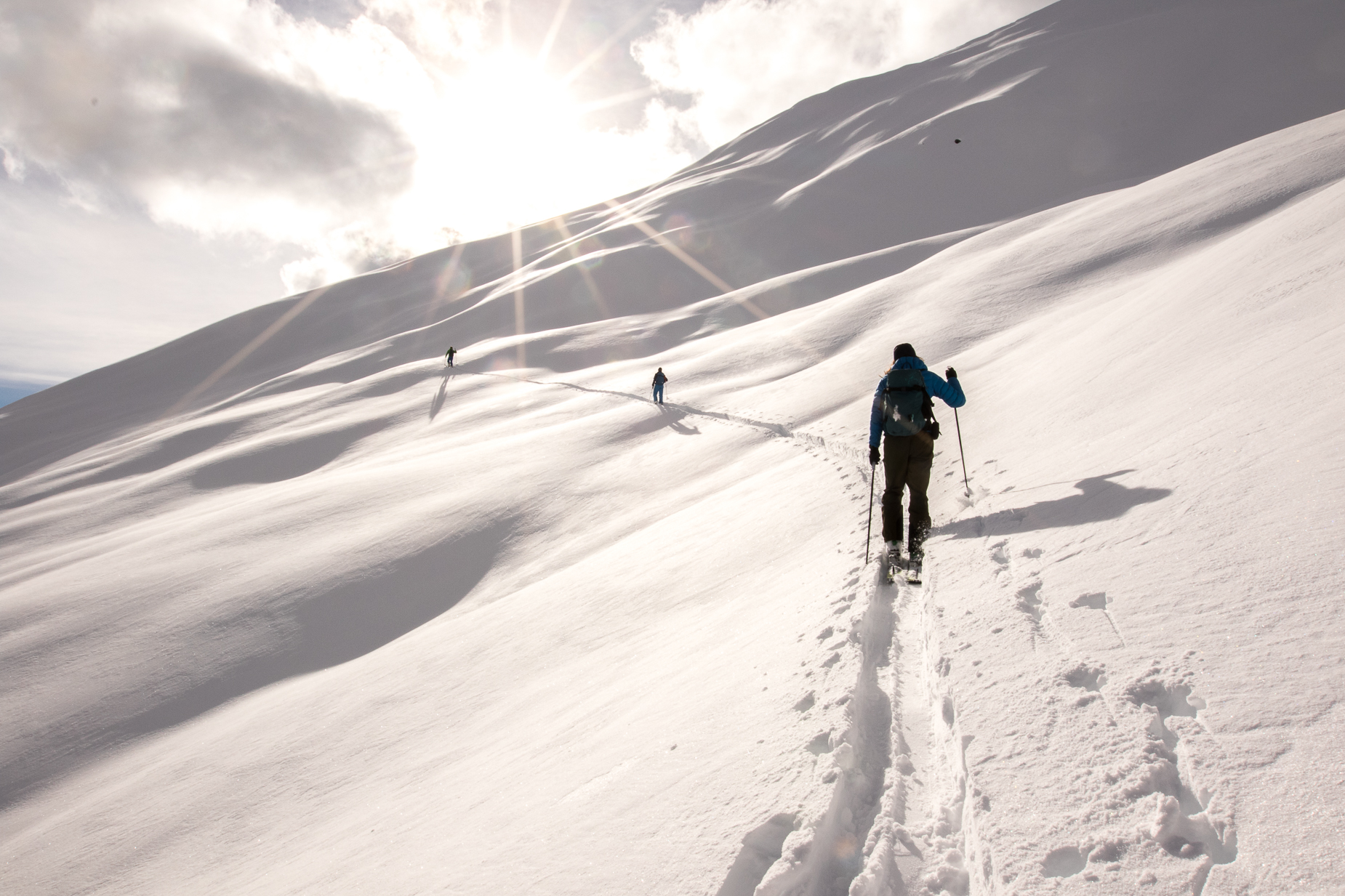 The sunny struggle. Could be worse. Photo @TGFG_ 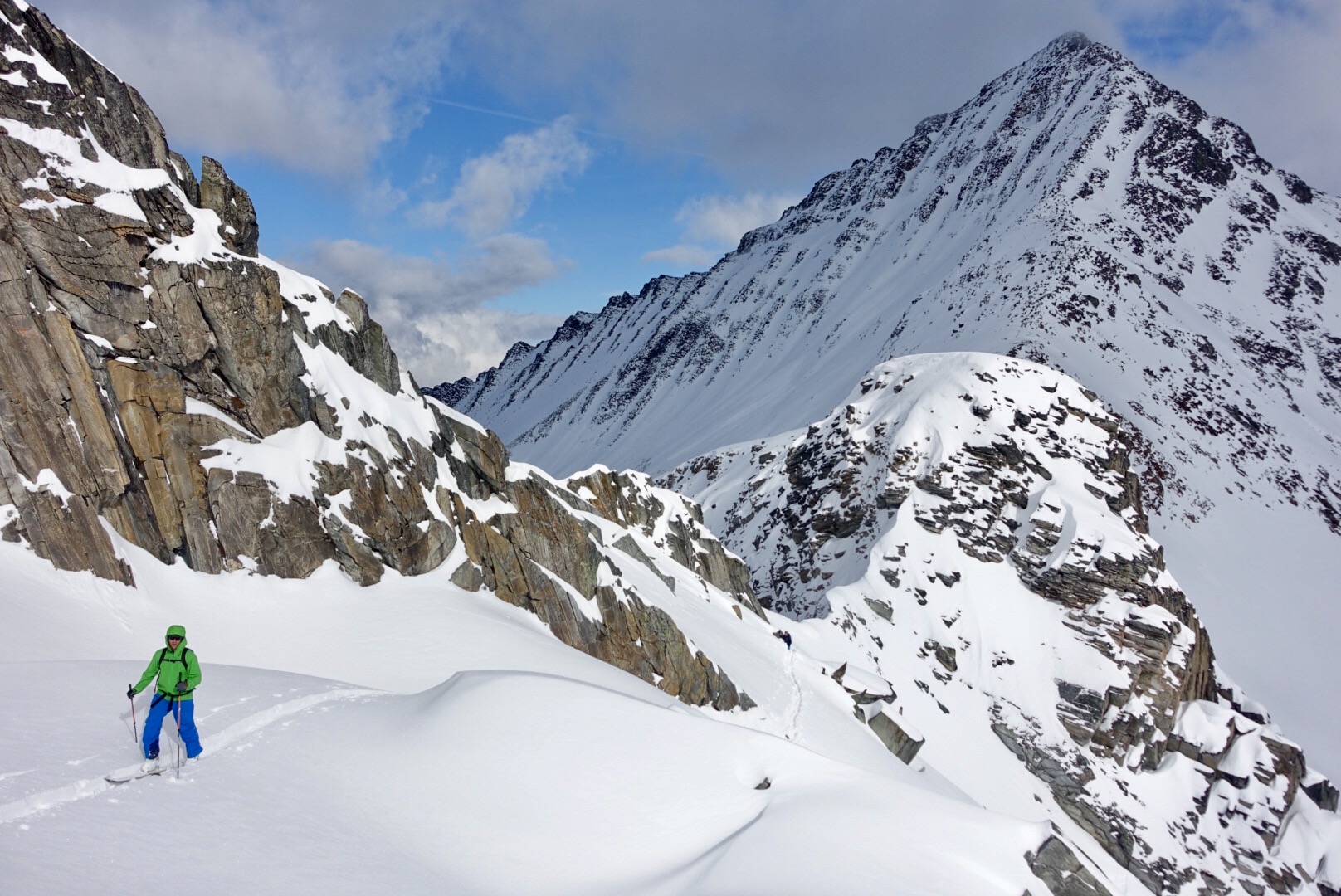 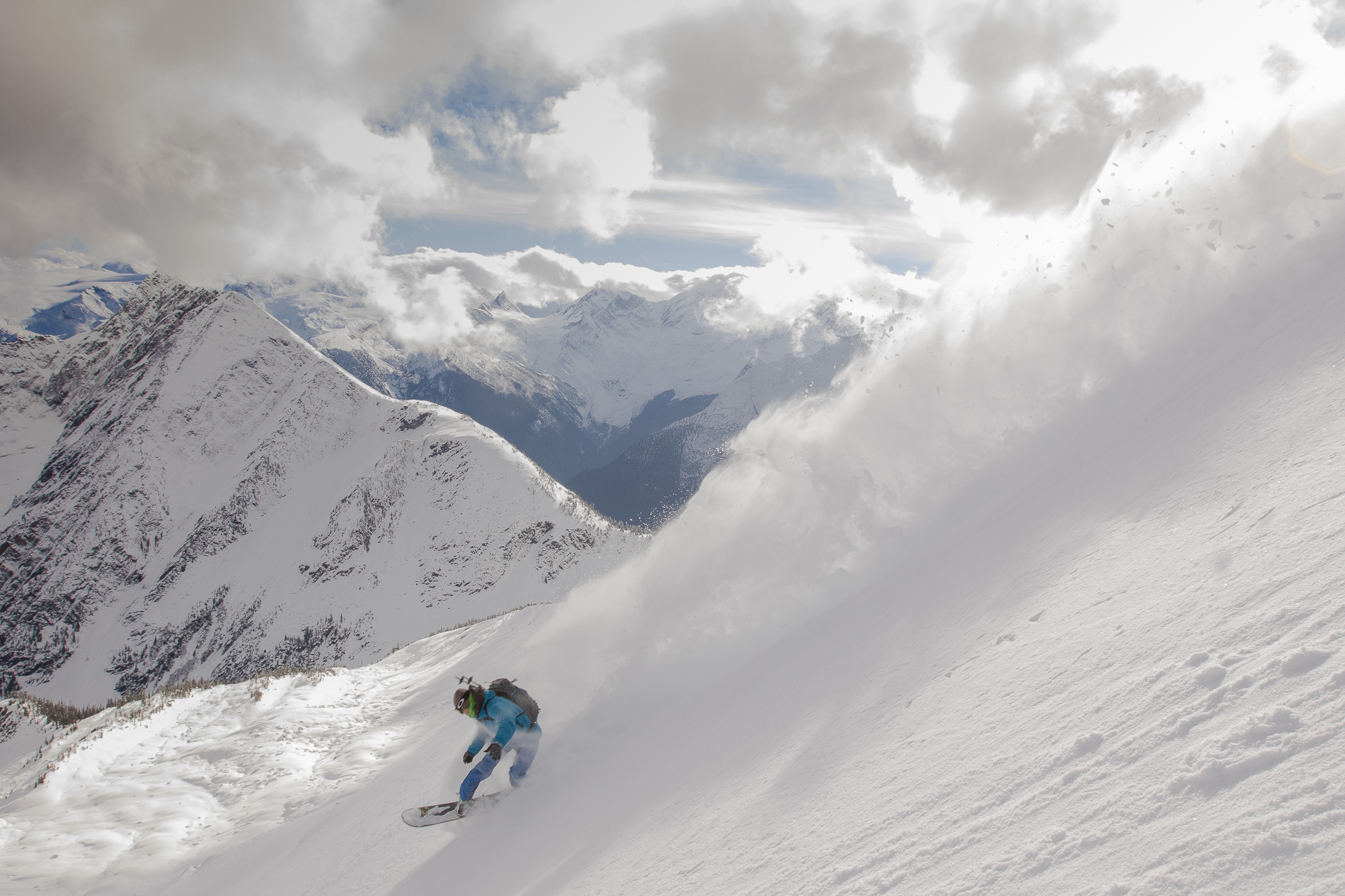 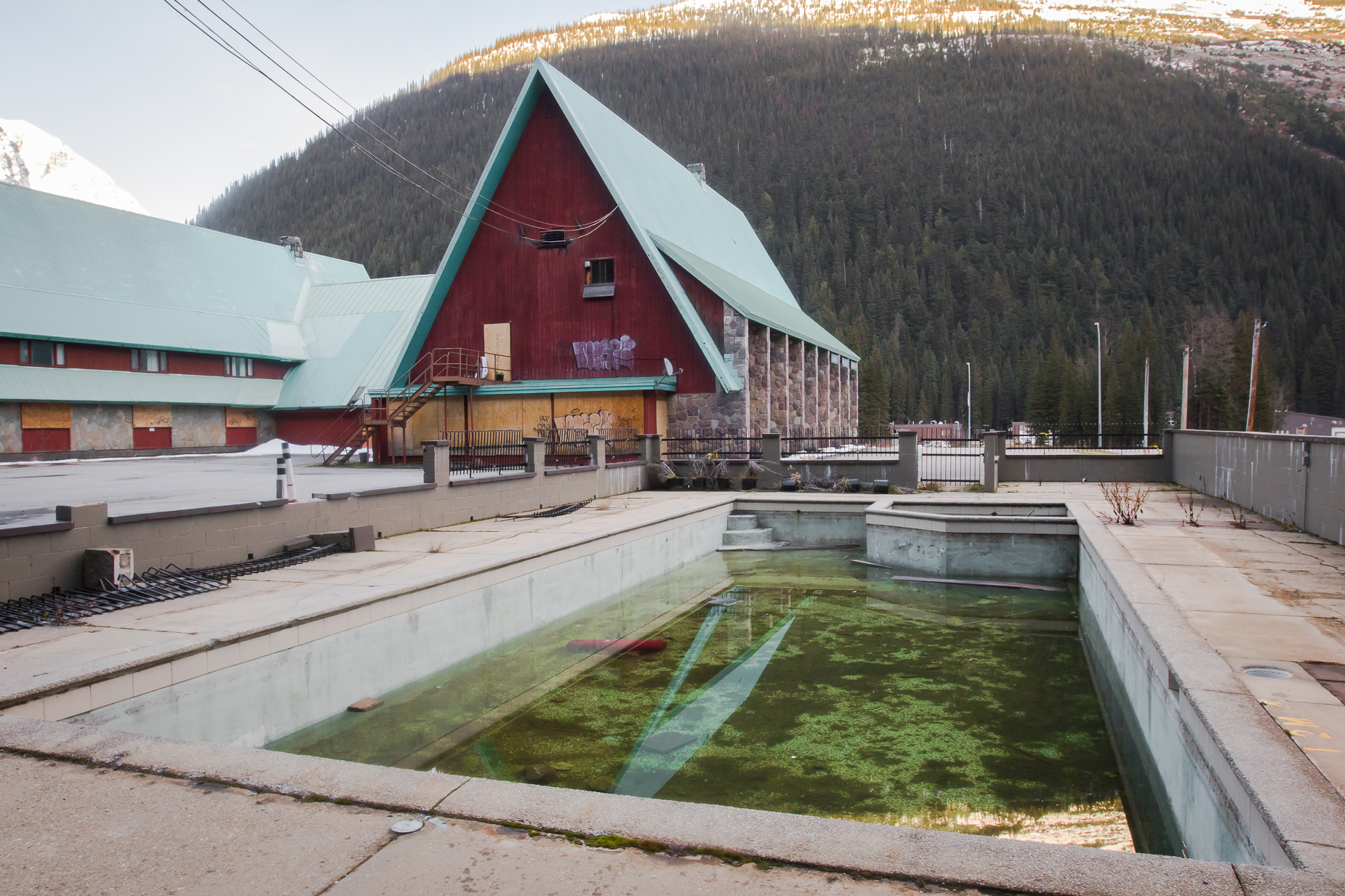 The things that once were. Been a while since I lived in a snowcave behind this place and poached it nightly. Photo @TGFG_ 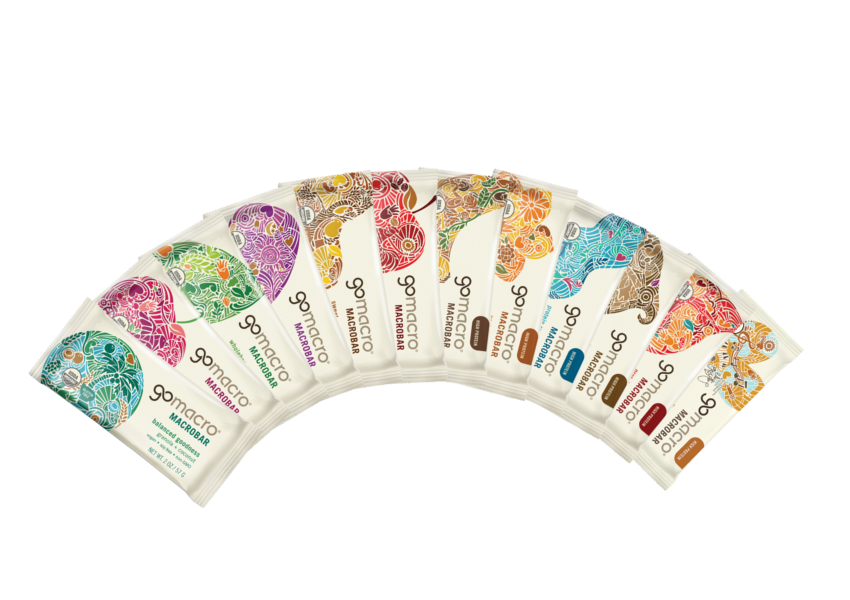 Looking for good nutritious snacks to power you ski touring Rogers Pass? There’s no hesitation recommending GoMacro bars. Delicious and good for you.