The Fat Tug Challenge – And Other Bad Ideas from Après Ski

My roommate Phil wasn’t even there. But he certainly didn’t win either, for I spackled his toilet with an ungodly blast of explosive diarrhea before passing out for an uninterrupted 14 hours of sleep at around 8:27 in the pm.

Fat Tug, in case you don’t know, is an exceptionally potent IPA that’s brewed on Vancouver Island. It rings in at a hefty 7%, but it seems also to be endowed with some sort of sorcery that, for lack of a better expression, really fucks you up.

I blame its deliciousness.

Anyways, the après started as most of them do : a good old-fashioned smashing of pints to commemorate an epic day in the mountains with the mates. 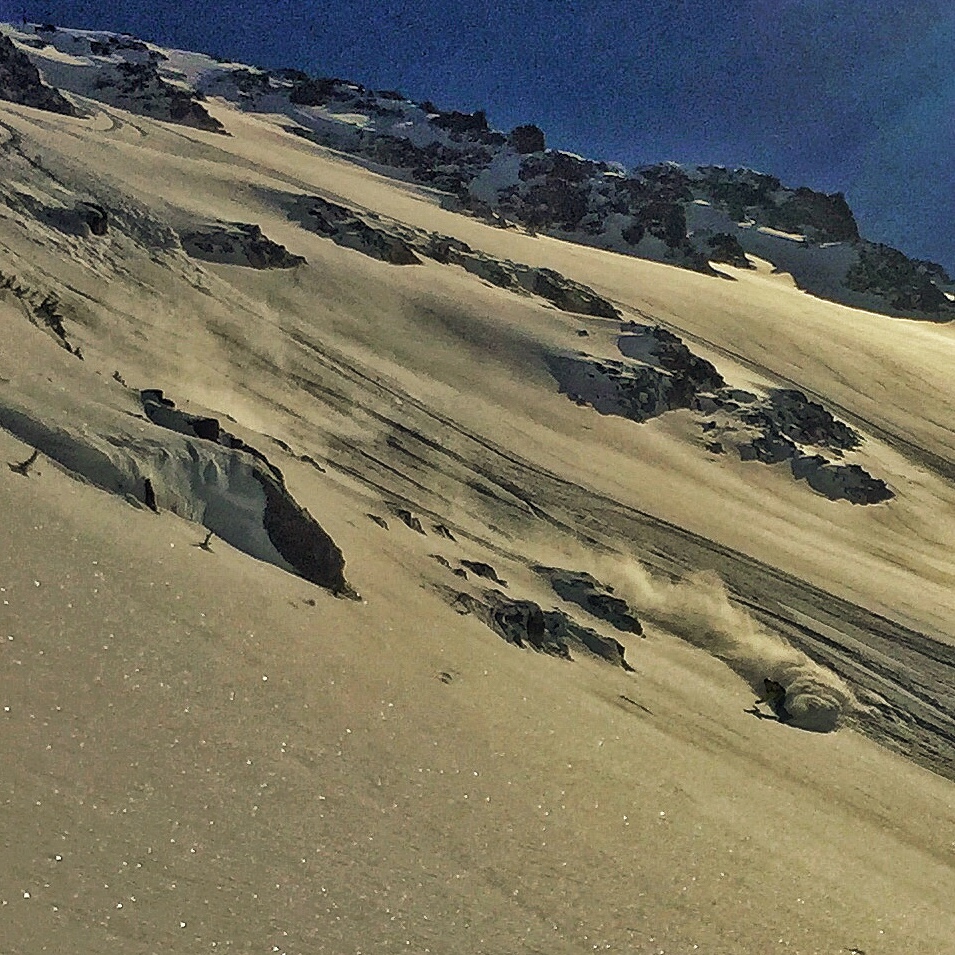 We’d just taken one of our oldest friends through a classic backcountry line in perfect snow and sunny conditions. And since it was his first time in the mountains since 2002, the thirst for victory beers really took hold of the crew.

So we found a sunny patio on which to do what comes so naturally at the end of a glorious day.

It’s since been argued that my decision to order six jugs in under an hour was a little much. But I maintain that it was an appropriate quantity of ale for our thirsty thirsty crew. 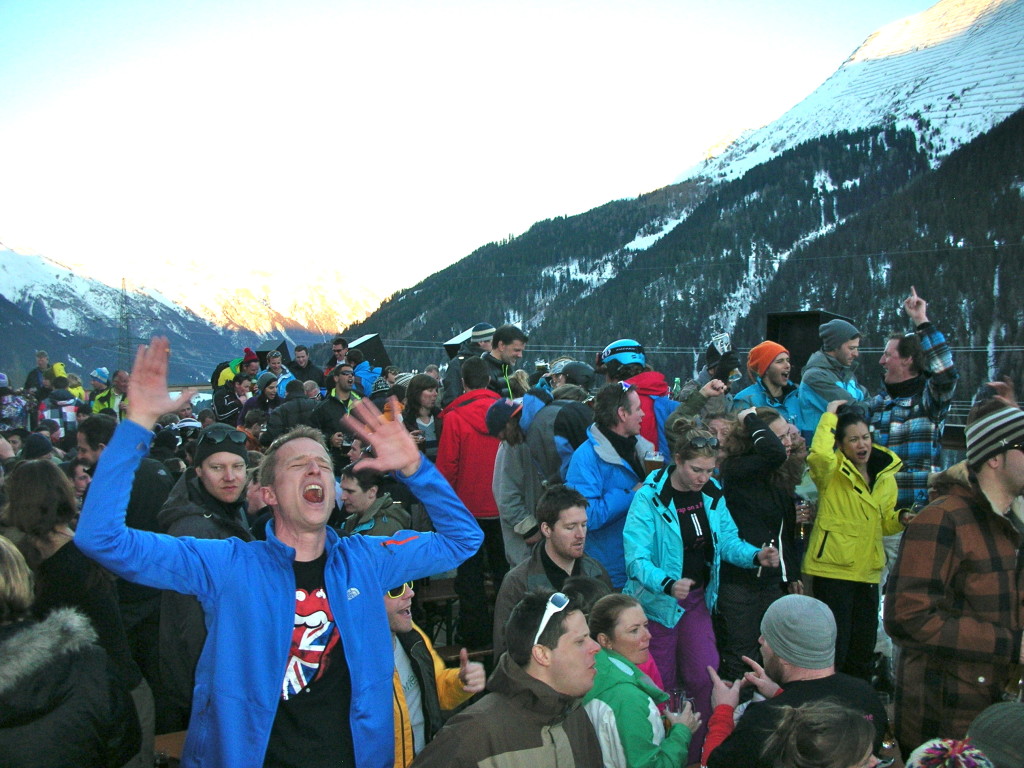 Once we realized that we’d drank ourselves beyond drivability, things began to escalate. Plans were made to abandon vehicles and our conversation devolved into a series of cheers, grunts and jokes about your mom.

Eventually, whispers of The Fat Tug Challenge turned into full-fledged chants. We weren’t entirely serious. But as is so often the case in questionable decision-making, a lot of bad ideas start out as a joke. 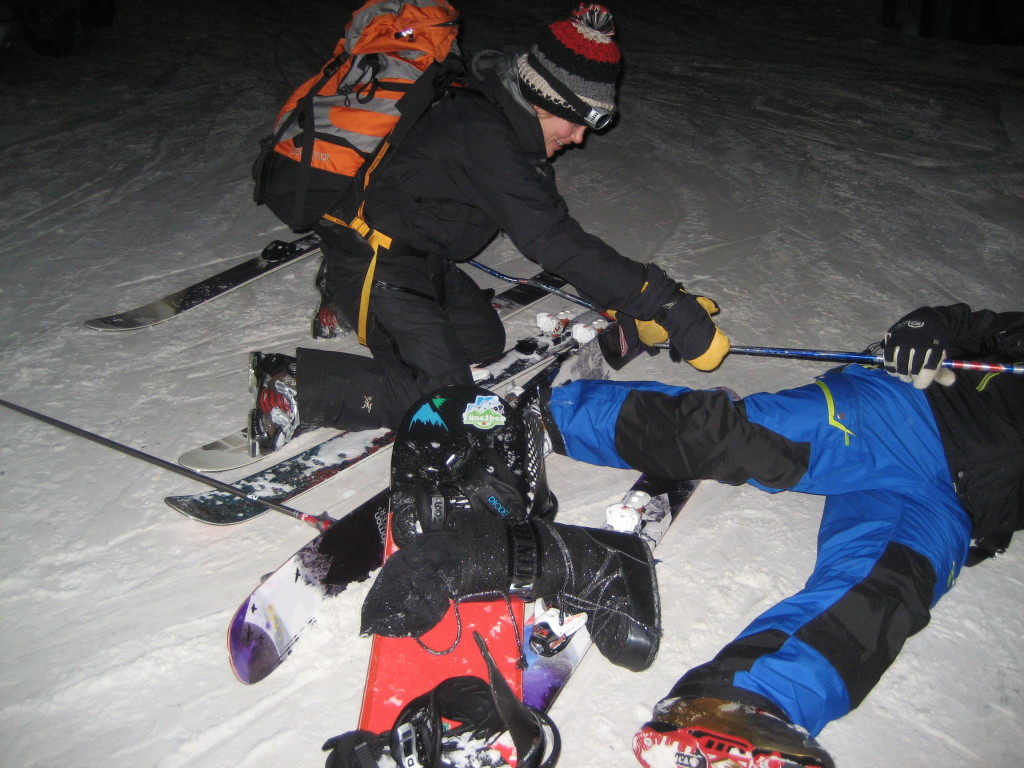 The challenge is a simple one: take down as much of the Tug as you can in a single sitting and see what happens.

It’s more of an experiment than anything else.

We thought that The FTC would be like our own version of an Ayahuasca Ceremony, with enlightenment awaiting us at the end of a sea of citrusy hops.

So we paid our bill and made our way to the closest purveyor of Fat Tug so that we could set sail on that citrusy sea. 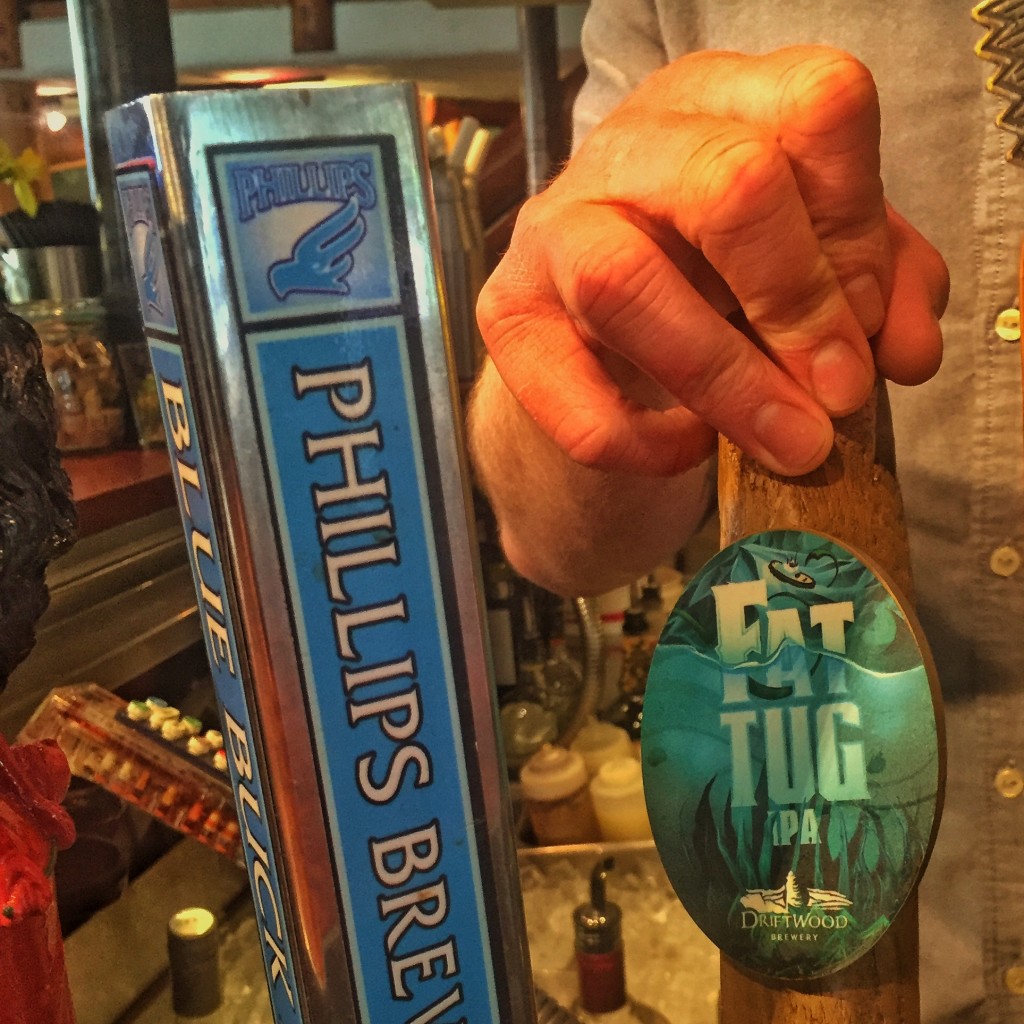 Pints were purchased, the juke box was fed and we waged a one-sided battle on a fairly large population of our collective brain cells.

By all reports we were at the pub for about 90 minutes.

45 of those minutes are remembered.

45 of those minutes are not. 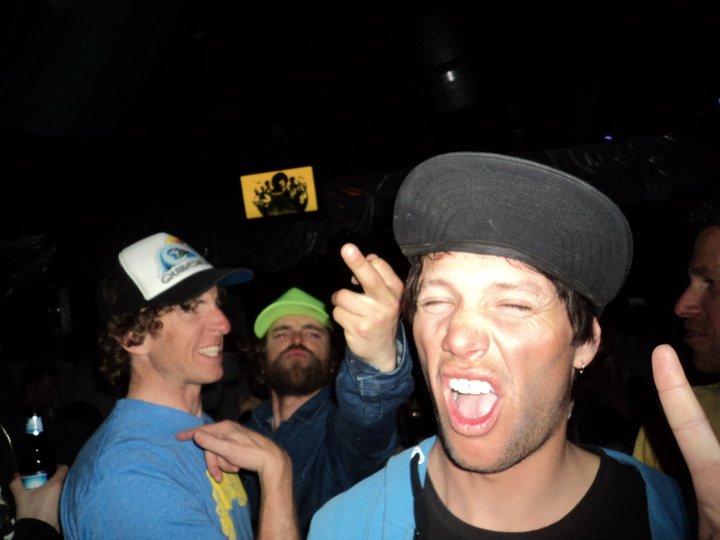 The only clues I have from my own disappearance are the spackled bowl, reports that “I just kinda ran outta steam” and a fuzzy memory of me spending about 11 minutes getting out of my boardin’ boots.

I also received an account from someone who saw me mid-phantom, walking down the stairs at the pub with the prowess of a zombie that had quite recently been shot in the head.

Pat saw my disappearance as a cue that it was time for him to go home as well. His last memory involved cackling to himself while eating pizza and hailing the cab that would take him in the opposite direction of the bill.

That’s a shitty prize for the two people left standing at the end of the battle, a two-way splitsies on a bill for roughly 11 litres of memory-erasing ale. 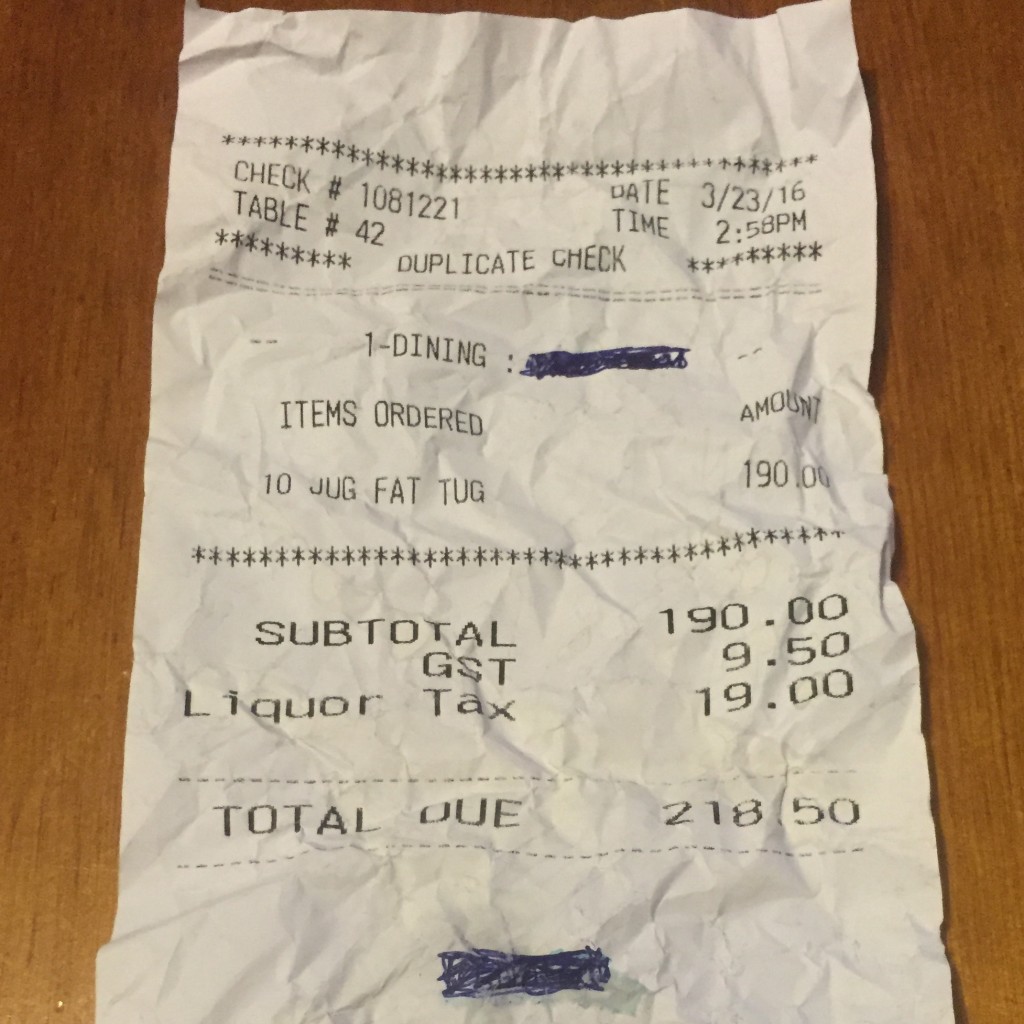 I think it’s safe to say that I was the undisputed loser of the FTC. But that’s really the only concrete standing of the whole affair.

Though if there’s any winner at all, it’s the girl who saw me walking down the stairs at the pub.

In any event, the next day was met with all sorts of mystery solving and toilet cleaning and talking about never drinking again.

But at the time we justified it all with the European notion that if we just went to bed early enough, we could still be nice and perky on the slopes the next day.

Out of the four of us who were there at the pub for that fateful hour and a half, only two of us made it up the mountain on the following powder day.

I wasn’t one of them. But I’d say that those are pretty standard results for a challenge like that one. 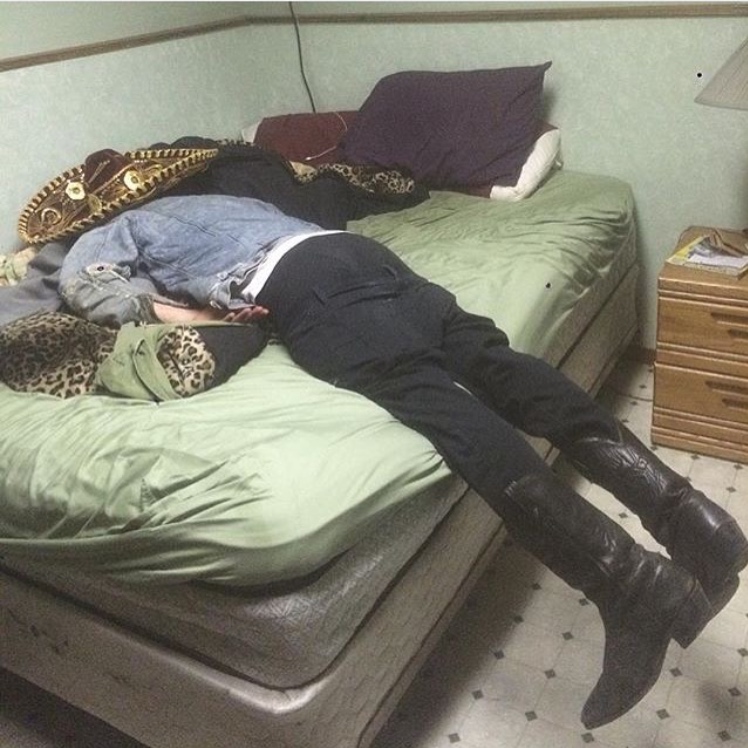 Author’s Note: The Fat Tug Challenge is NOT recommended. Please party more responsibly than we did.