Chris Brazeau skied the first descent of the north face of Mt. Bryce in the Canadian Rockies on Saturday May 12, 2012. His successful solo mission, on this coveted unskied line, has got to be one of the most significant achievements in Rockies steep skiing in quite some time.  I met up with Chris at a cafe this morning and we chatted for a couple hours about this mission. Below is a summarized version of that conversation, from memory, about some of the important aspects of the descent. I really hope that in time Chris will write a first hand account of the descent. It’s something I’d love to read. – Tim Grey 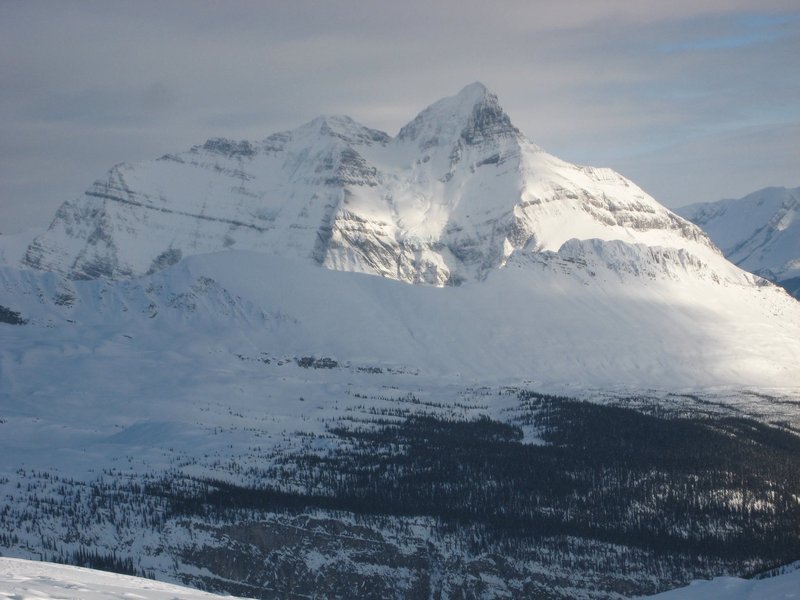 How did you get up there?

I actually accessed the face from the Rice Brook creek side, which is the south side of Mt. Bryce. I had been in there the week before and went to look at the face and on my way out I spotted a col on the south side and I was wondering if that could lead to the north side.

Tell me about that first trip. How’d you get in there?

It was about a 30km walk from where I parked my truck and a couple days. The week before, I went in to the north side of the peak, just in the valley because I wanted to see what kind of condition it was in… It was a moody weather weekend but late in the evening, around 8pm the clouds parted and I got a glimpse of the top half of the ski and it looked so white. More white than I’d ever seen it. That’s pretty much when I start obsessing about it.

Was that first trip solo too?

Just didn’t have any partners. There’s only a couple guys who I would have called to do this with and they were all busy. 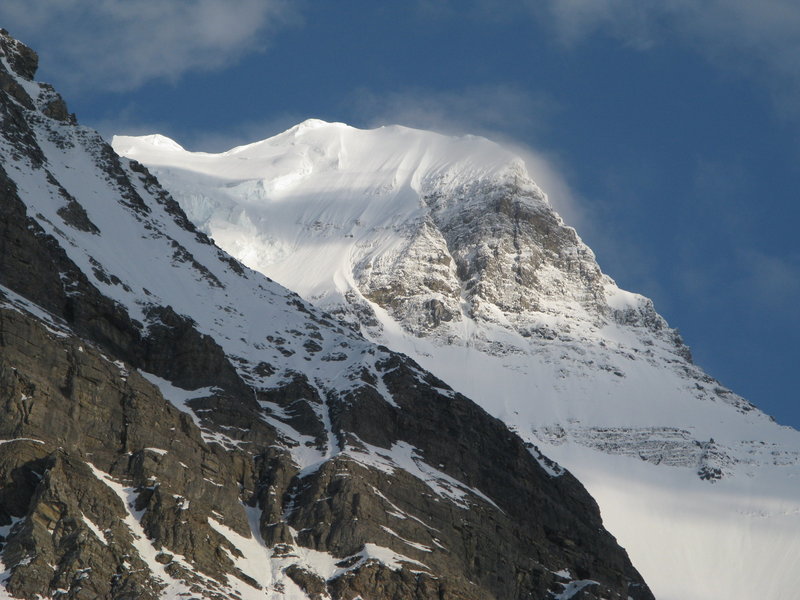 Mt. Bryce, top half of the north face from north side. Photo by Chris Brazeau. Taken during reconnoissance mission.

What were you thinking about conditions?

Well, I’d skied quite a few big lines leading up to it: Peyto mountain, Mt. Stephen, Mt. Athabasca (Silverhorn) and Mt. Victoria’s north face, so I felt like I had a good feel of what was happening in the mountains. But the key with my trip was that I just went there with no expectations. My main mission that Saturday was just to scout that access. But once I got there and I saw it, and it looked good to go, so I just kept going a little further and then I went for it.

And how was it?

It was amazing. Dude, I was getting faceshots in there. Mostly from the wind whipping snow up at me, but the snow was perfect.

How steep was it?

I’d say about 55 at the top. So it’s not that steep, but it’s really consistent.

Was it the most intense ski you’ve ever had?

It was up there for sure. The route was actually pretty narrow. I kind of stayed on one little fin and in the most narrow spot between the rocks it’s only a couple of ski lengths wide.

What was the gnarliest part?

The worst part was skiing way down to the bottom of the tongue and realizing that I had to boot back out of there. It’s really exposed once you’re at the bottom and you have to spend a bunch of time under heavy exposure. Normally when you ski a big line, when you’re done it, you can relax but on this one, the most intense part was getting out of there.

What does it mean to you now that it’s done?

I don’t even know yet. I haven’t fully computed what happened. I still get kind of nervous even thinking about it. It took me two more days to get back to my truck from there. There was a lot of singing to the bears. I’m kinda still in disbelief actually. 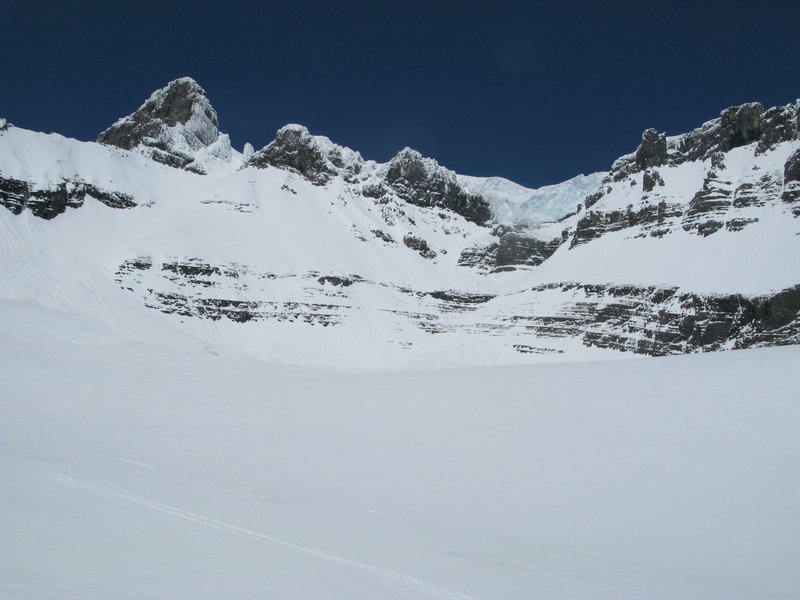 S side of Bryce – Brazeau shot. 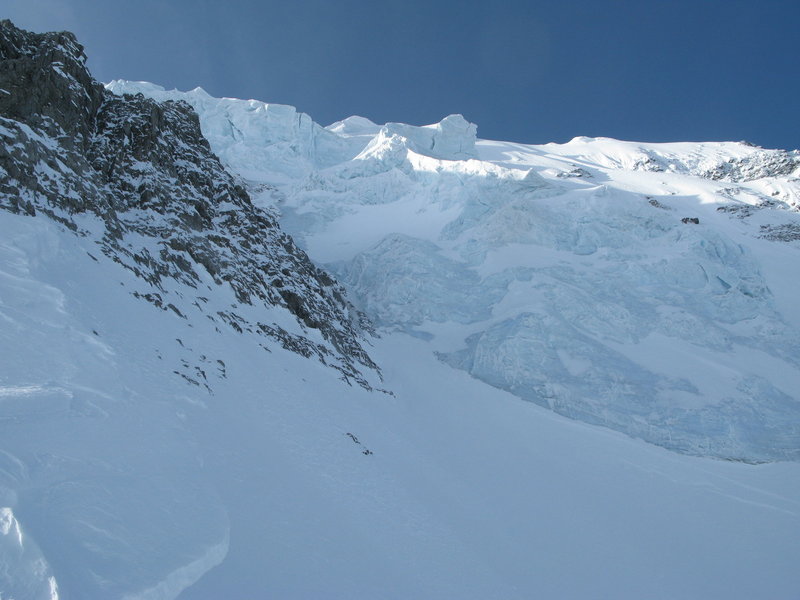 North side of Bryce from the access point. First point where Brazeau saw the line and knew it was doable. 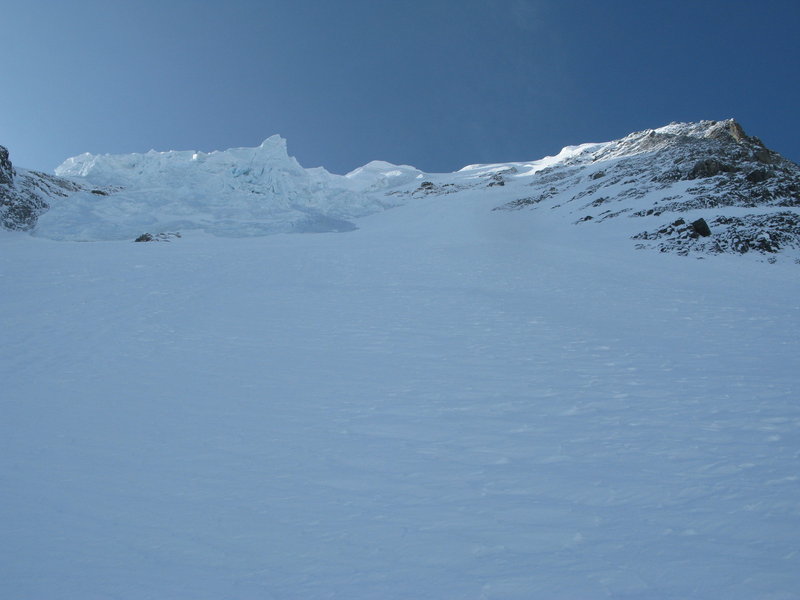 Looking straight up at the line from the middle of the face. Mt. Bryce – Brazeau photo 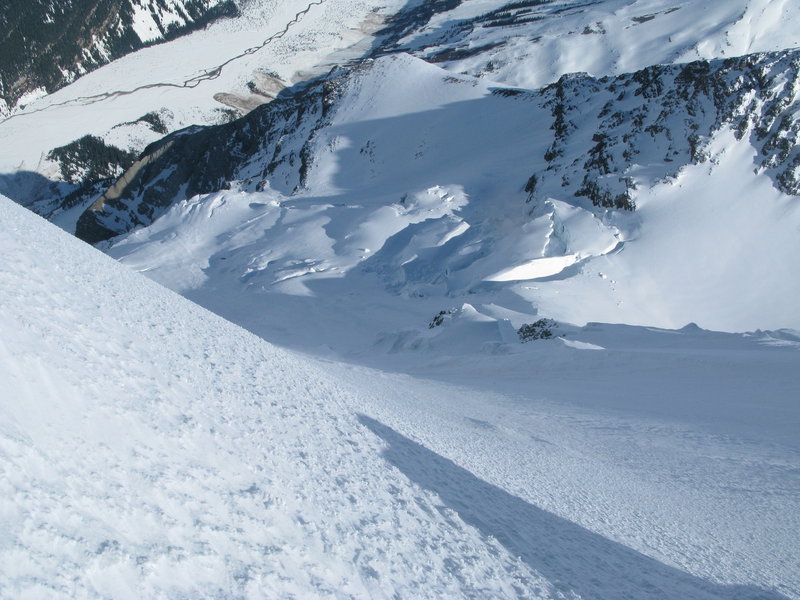 View from the summit of Mt. Bryce – Brazeau photo 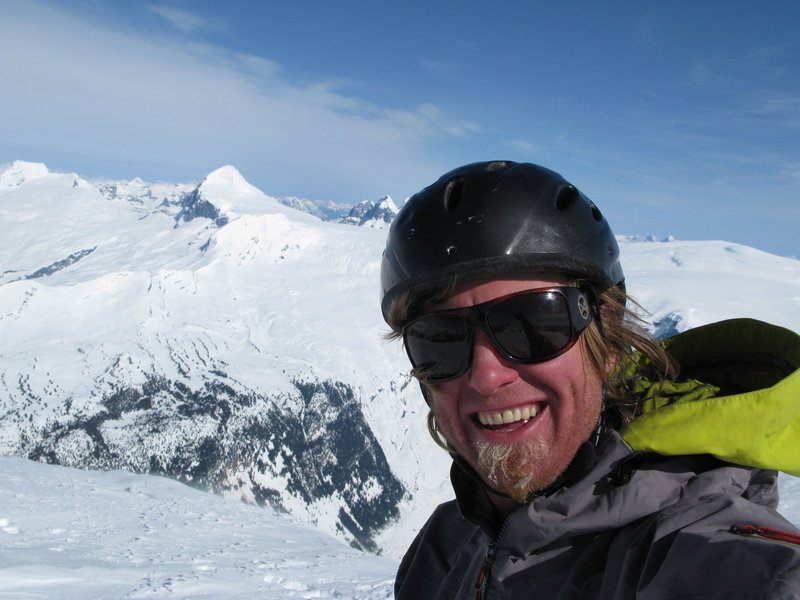 Chris Brazeau self portrait on the summit of Mt. Bryce. Mt. Columbia standing tall in the background.