Snowed about 5cms in the morning then another convective cell came through giving us another 5cms in the late morning. Lots of people out in the Flute Oboe slackcountry.

Still quite a bit of preserved surface hoar under tree cover but non-reactive in NE and E facing slopes skied (ie no slabbing or whumpfing). More snow now at 1800m with 200cms probed vs 160 – 180 cms from a couple of weeks before.

Probably about 20 – 25 new but you can sure still feel crust. 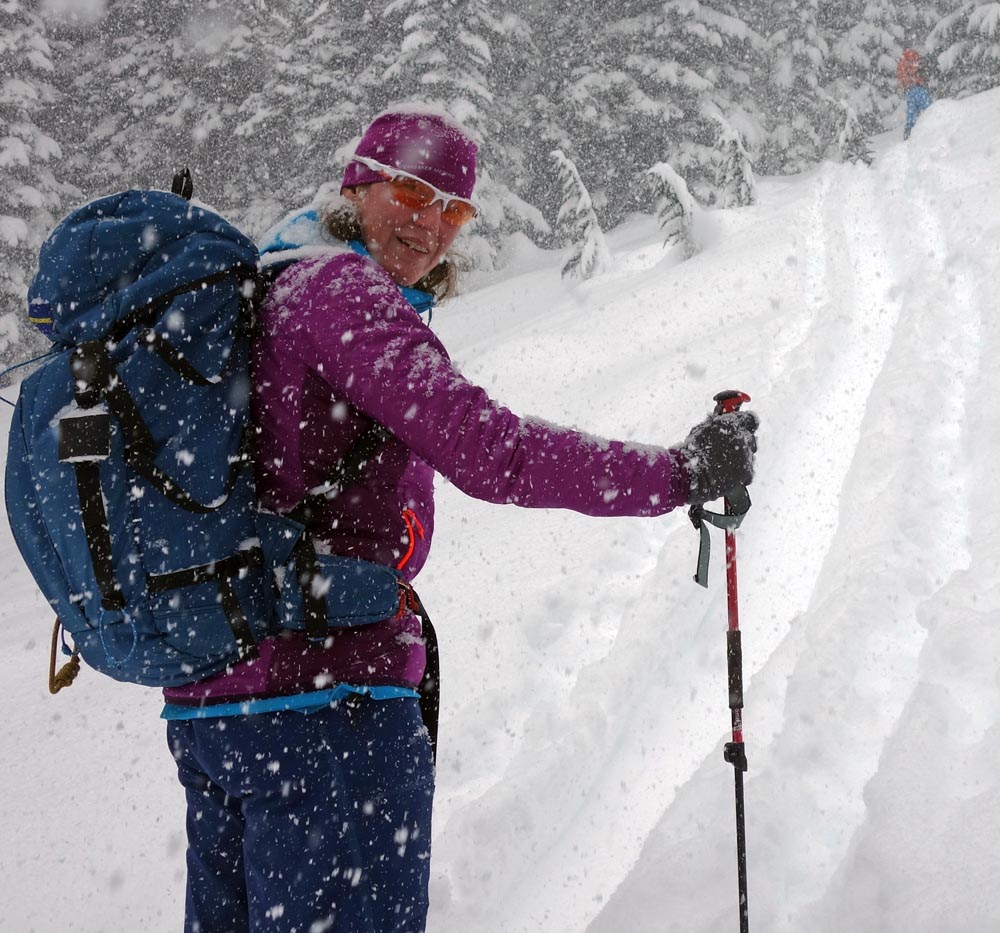 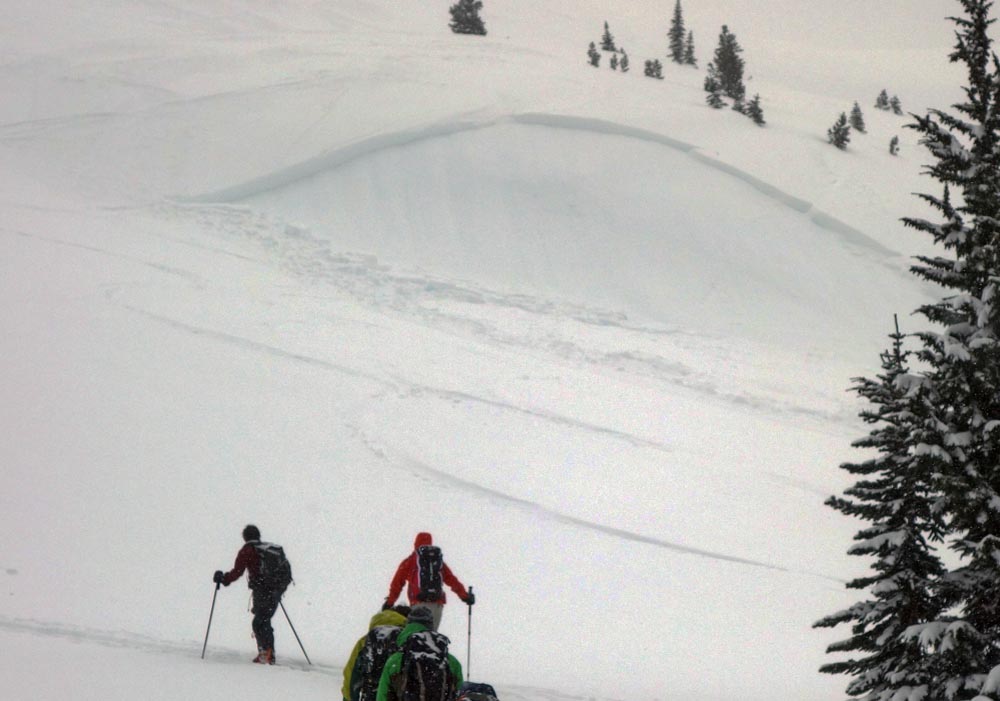 Sz 1 on a convexity on Oboe N face. Depth indicates storm snow but didn’t get up there to poke around 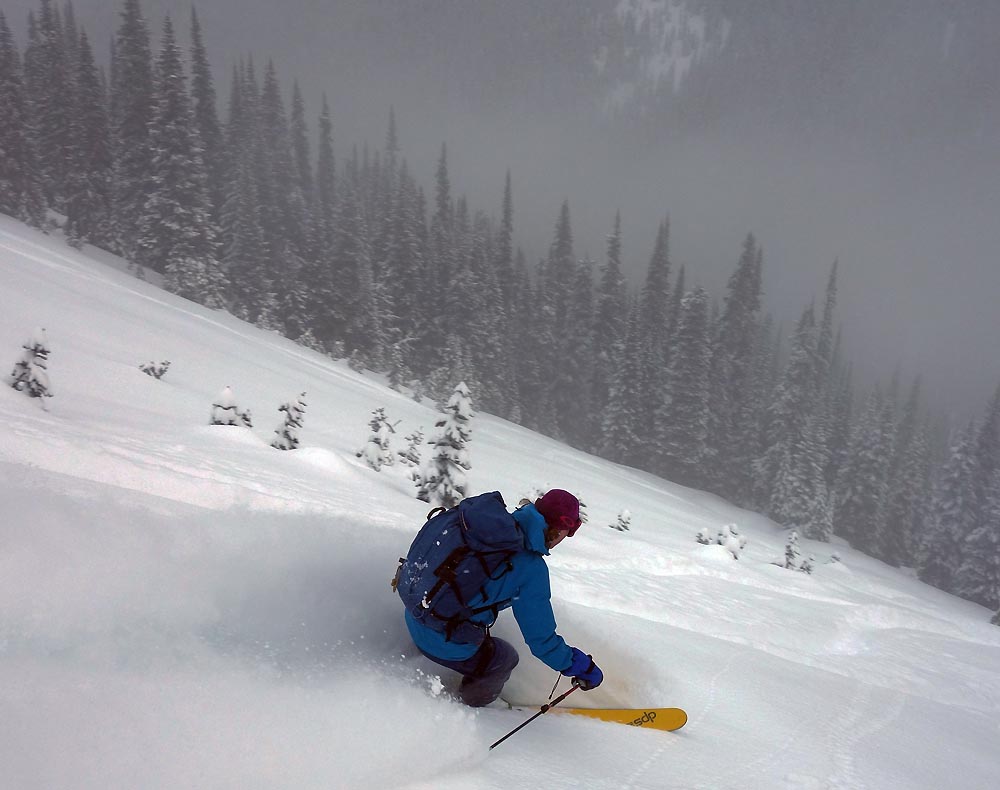 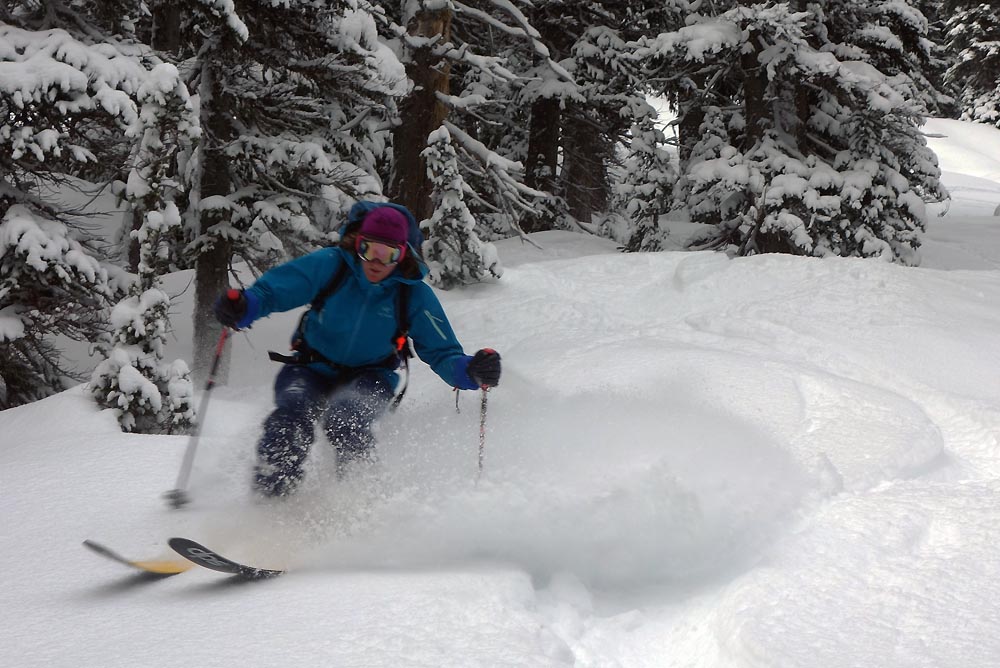 A bit crustier as you get closer to Singing Pass

Interesting skin route straight up the middle of Cowboy Ridge. Party of three following an existing skin track. There’s a convexity at the top so there’s no way for the two skiers coming off the ridgeline to know the party of three are below them 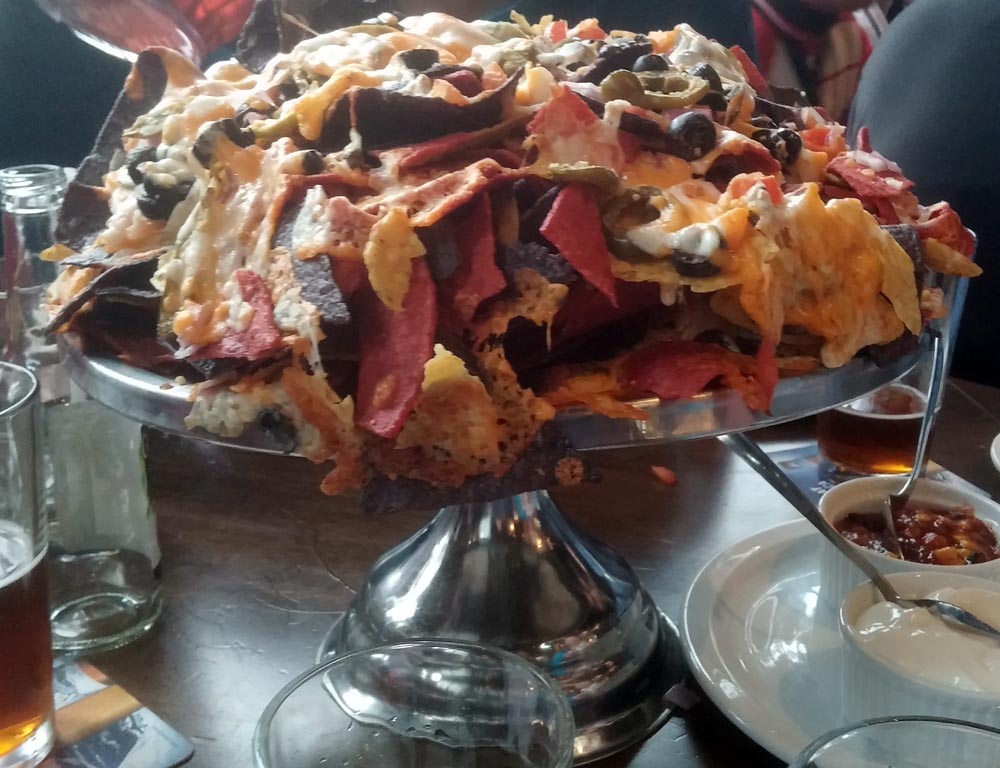