As the ski bum ages, many of his riding partners will do silly things like reproducing and/or pursuing careers.

So when a nice sunny Tuesday rolls around, there’s a decent chance that said ski bum will have nobody to head into the backcountry with, especially if he works late, makes zero plans and then sleeps in ‘til 10am.

This is a real bummer, man.

Out here on the coast, bluebird days are less common than powder days. So to have one pass by without hitting the high alpine is like letting the weekend roll by without getting drunk.

This is precisely what almost happened to me last Wednesday. The skies were blue, the snow was stable and there I was, partnerless on a would-be magical day in the mountains…A first world problem, to be sure. But hot damn did I ever wanna hit those slopes!

At first I didn’t wanna head into the backcountry on my own. Truth be told. I’m a bit of a pussy sometimes. So the idea of lonewolfing my way through the great white yonder doesn’t always sit too well.

I find it’s a bit of a “fuck you” to the cardinal rule of backcountry travel.

But I couldn’t let the day go unshredded. So I chose an objective with minimal glacier travel and zero cornices (the primary concern of the day’s avalanche forecast) and I wrote out my exact route plan out for my roommate.

It’s not like I was heading out to ski Mount Atwell or anything like that. That kind of lonewolfing is reserved for men (and women) with thicker beards than my own.

I was heading for a relatively simple line behind Blackcomb Mountain that I knew would be holding good snow.

The low-hanging fruit had all been picked, so I had to head out a little further than usual. It was comforting to know that the ski hill was close, but once I dropped down onto the Spearhead Glacier, there wasn’t another soul in sight. By backcountry standards, that’s usually a pretty busy zone.

But I suppose all the other shredders were deeper, further and higher than me.

Did I mention it was 12:30? That might have factored into my partnerlessness.

Anyways, I got some tasty turns on the glacier without falling into a crevasse, so the day was already starting to feel like a success.

So I split my board, threw my skins on and started searching for my spirit animal. 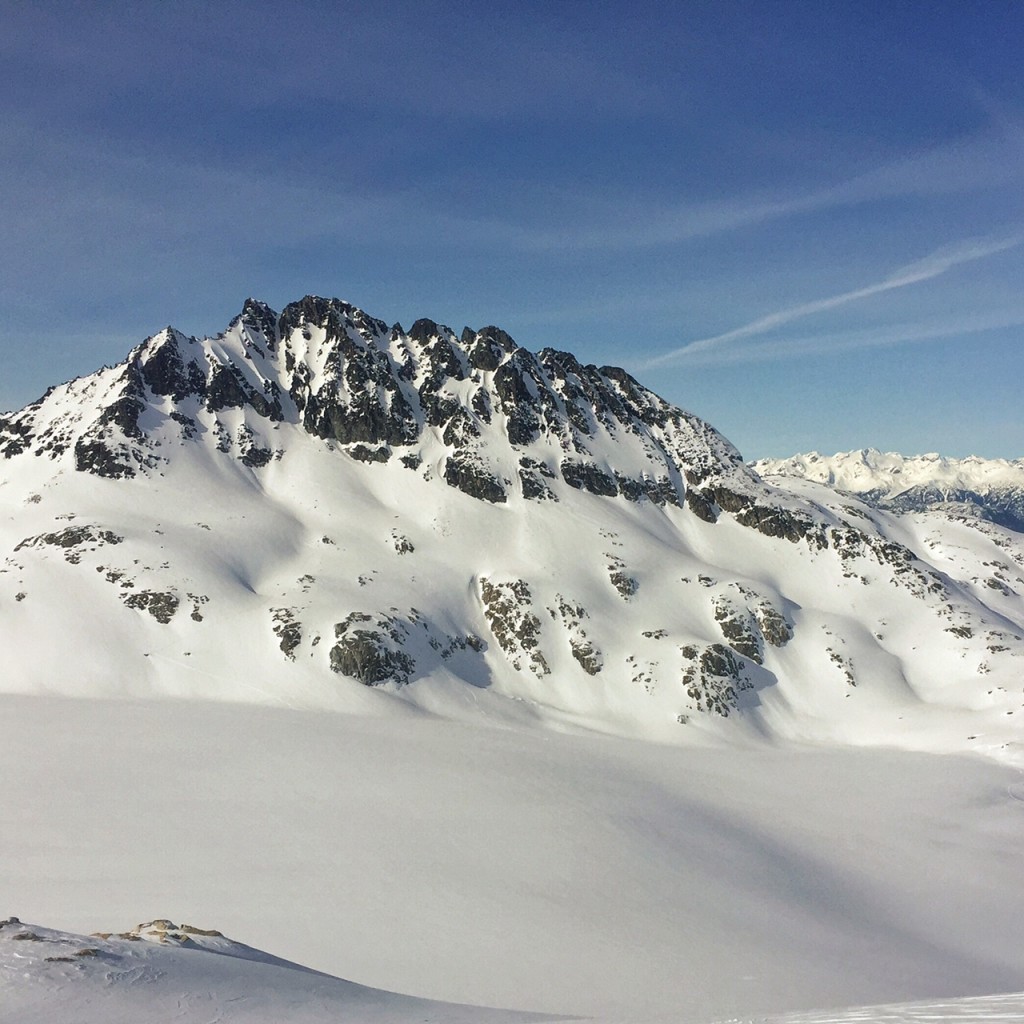 Mostly I just took in the scenery and mind-surfed the local terrain.

No one was there to judge my shitty uptrack or make fun of how many turns I was making down the silky, backlit pow. 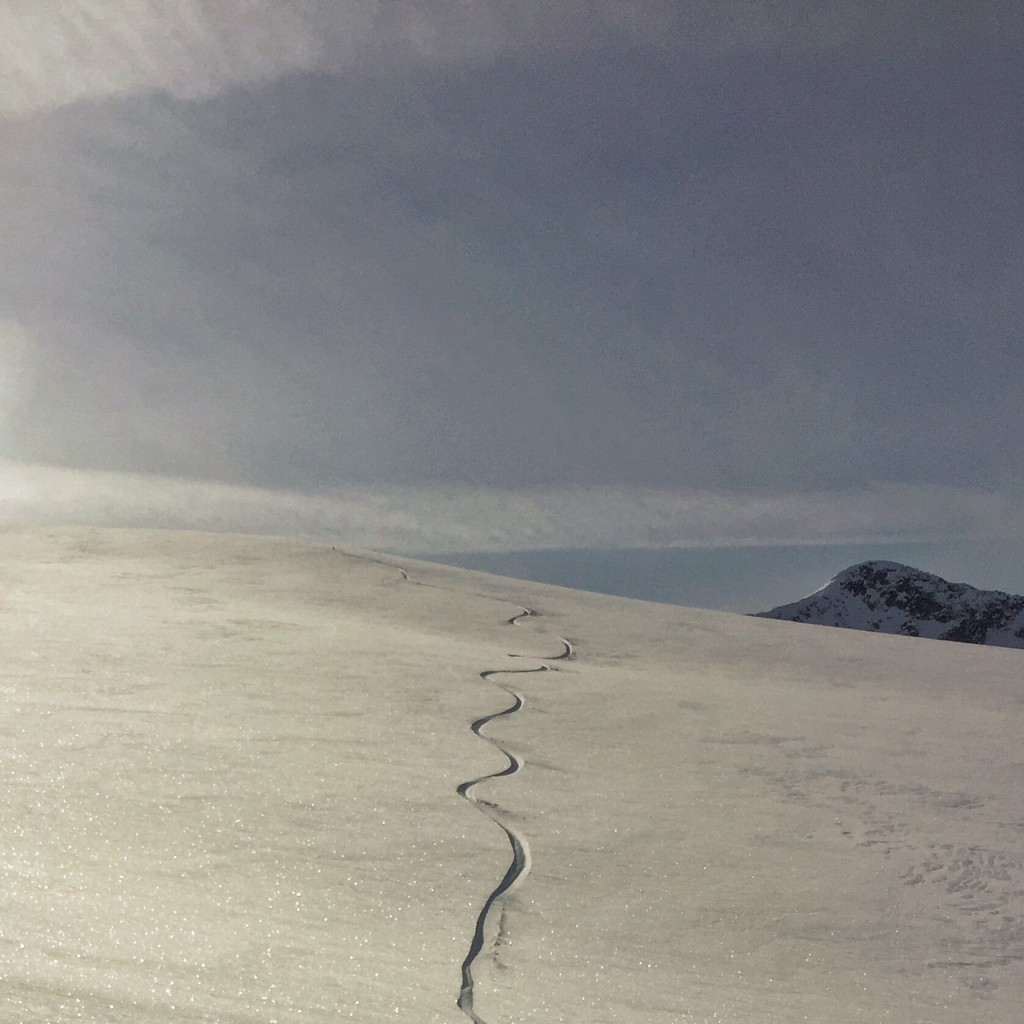 Just me, my thoughts and the dude on my splitboard. 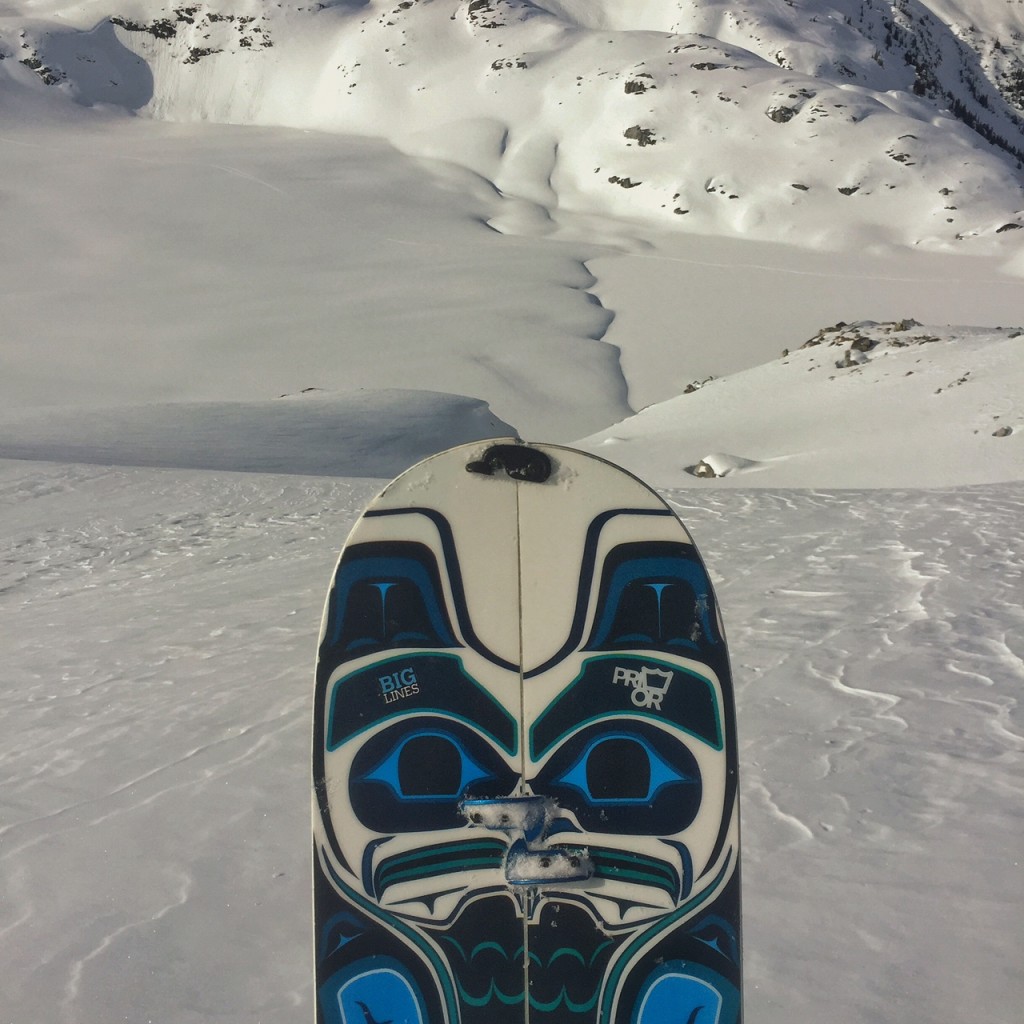 And after I shredded my main objective, the track stayed there on its own until it snowed a couple days later. 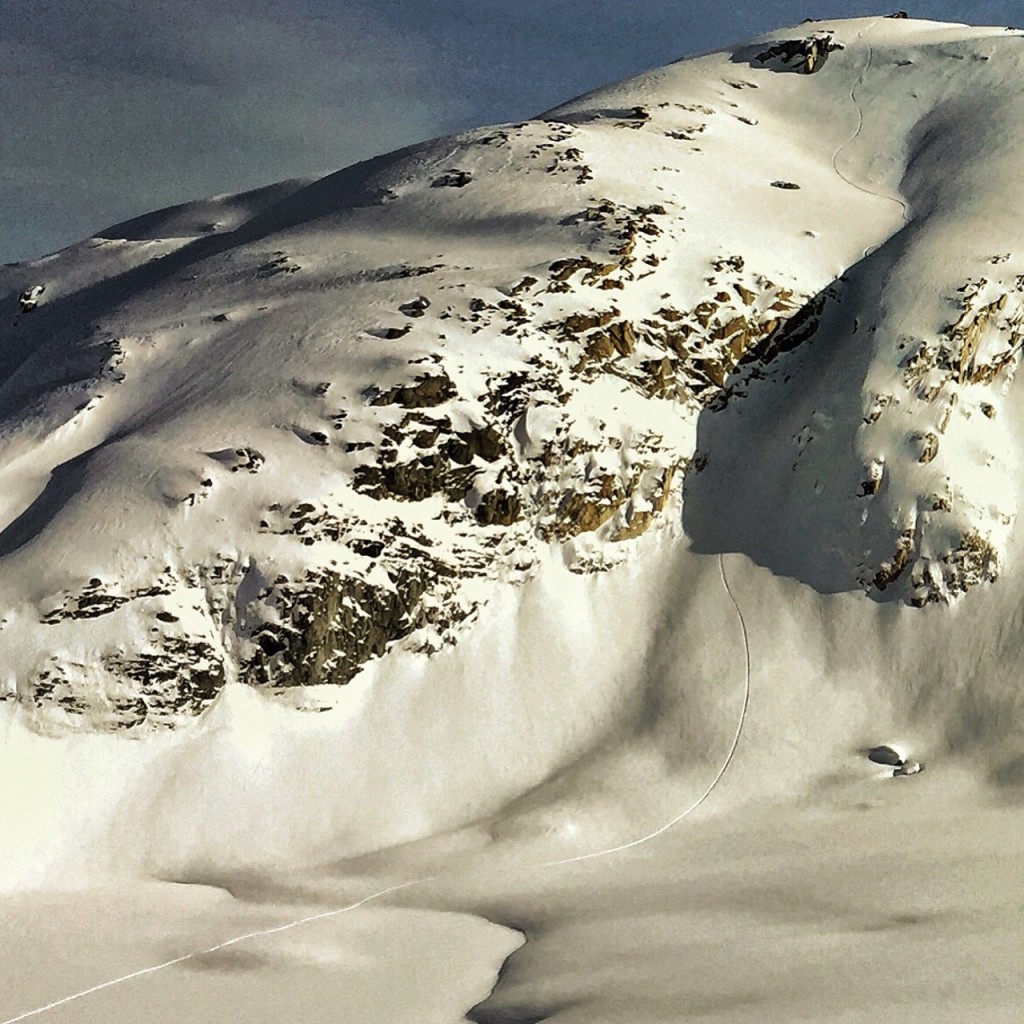 After that, I ticked off another three lines before getting back to the resort a couple minutes before the sun went down. I waited for no one. And no one waited for me. Also, there was no one to say “that snow on the last run sucked”…which it kind of did in a couple spots.

As far as avalanche danger goes, I had to cross a few slopes on the way up the backside of Phalanx Mountain, but the fact that I was alone forced me to be absolutely certain of any terrain choice that I made.

The whole day was actually a great exercise in decision making.

My biggest concern was wiping out, mangling myself and having to get out of there on my own. So I took a (mostly) half-throttle approach to the day. It felt good to be so certain of every choice and of every movement that I made. Realistically, that’s how I should always be in the backcountry, but I find that being out there with a crew can lead to a false sense of security.

Good backcountry companions are hard to come by. Finding someone with a similar skill set, fitness level and risk acceptance can be difficult sometimes.

I’d say it’s safer to go on your own than it is to go out with a crew full of yahoos who drag you into terrain you’re not comfortable in. Or maybe you’re the yahoo dragging someone into something they’re not super stoked on.

There aren’t as many human factors to worry about when there’s only one human in the crew.

Anyways, I’m not saying you should ditch all your friends and wander around the backcountry by yourself like a weirdo. But if the backcountry’s calling you and your friends aren’t, pick a route that’s appropriate for the day, tell someone about it and go find your spirit animal.

I found mine back down in the village at the end of the day.