Hey Craig McTavish! Why No Helmet? 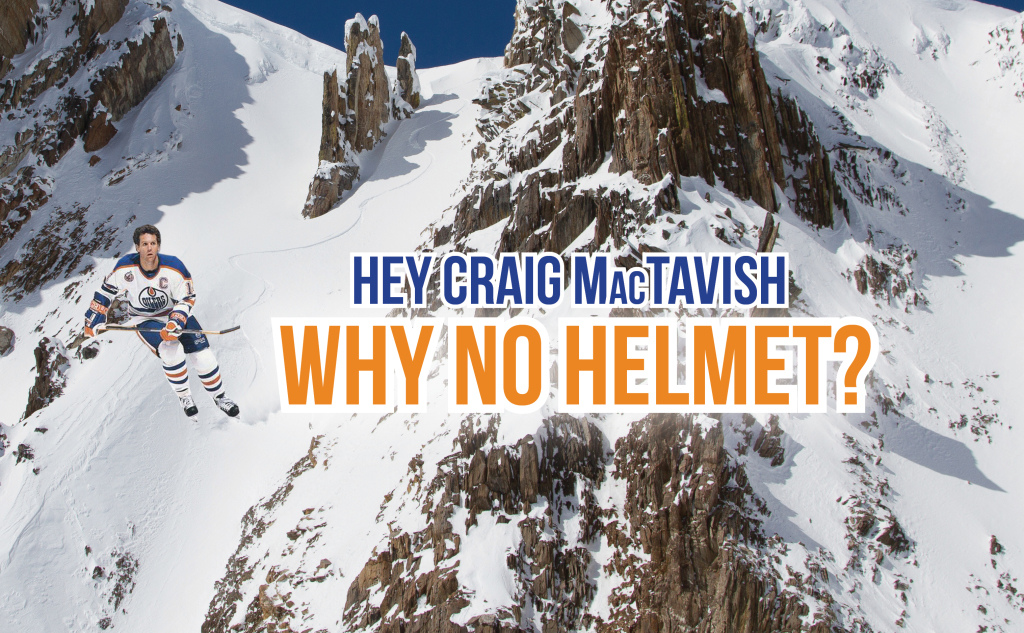 Ok, so maybe we’ll give MacTavish a break. The guy spent a year in prison for manslaughter in 1984-85. So the fact that he was the last helmetless player in the NHL was maybe just a reflection of how many fucks he had left to give.

And we can take it easy on the skiers and snowboarders who don’t mind travelling at highway speeds with only a toque to shield their body’s most valuable asset.

Sometimes it just takes a while for safer practices to take hold.

Helmets weren’t made mandatory in the NHL until 1979, though any player who had signed their contract before June 1st of that same year was “grandfathered” the right to decide for themselves. 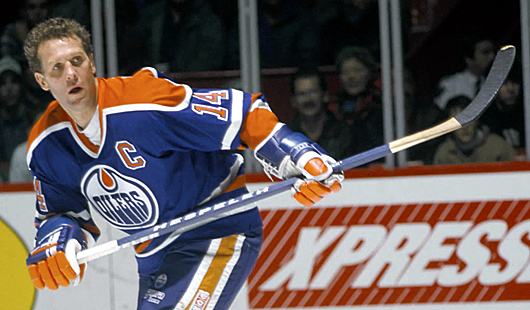 “So nice to feel the wind in my hair.”

MacTavish rolled fast and loose until his final game in 1997, having played out the entirety of his professional career protected only by his epic hair-do.

Funny thing is: if he took one of Al MacInnis’s dingers to his domepiece during a classic Battle of Alberta square-off, he might have lost the mental capacity that landed him a successful(ish) coaching/management career after he retired from the ice.

According to an article by Seth Masia on the history of ski helmets, the death of Canadian downhiller John Semmelink prompted the mandatory use of hard-shell helmets in the Downhill at the 1960 Squaw Valley Olympics. And these days, virtually every officially-sanctioned ski or snowboard event requires their use. 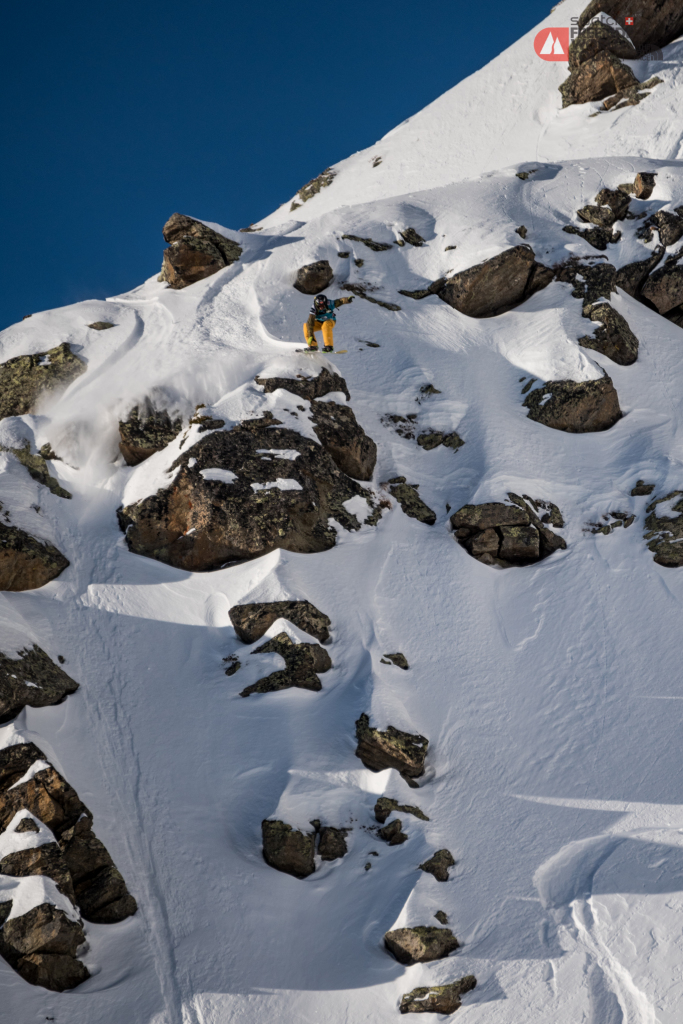 All riders from the Freeride World Tour are required to wear helmets during competition. 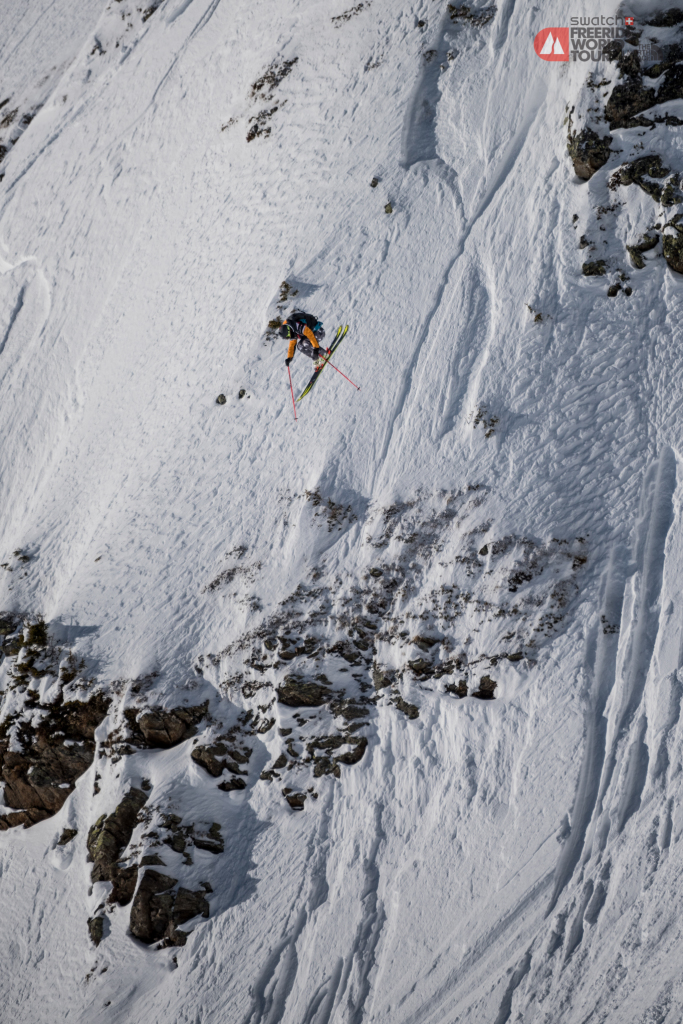 In the NHL, it took the death of Bill Masterson in 1968 for people to realize that helmetlessness was act of collective recklessness. Masterson went down after what referees had declared a “clean hit”, reportedly waking for just long enough to utter the words “never again, never again” before drifting into a sleep he never woke up from.

As of this moment, Masterson is actually the only person to die from injuries sustained during an NHL game.

So it’s interesting to note how many skiers and snowboarders die on the slopes of North America in a single season:

“According to the National Ski Areas Association (NSAA): During the past 10 years, about 41.5 people have died skiing/snowboarding per year on average.”

“Regarding helmet use 36 of those involved [in 2011], were reported as wearing a helmet at the time of the incident.”

That last stat doesn’t seem to do much to strengthen the argument for helmets. But it does give a sense of the consequences associated with our chosen sports.

And as a former physician from Alberta’s Brain Injury Rehabilitation Centre points out, “nothing in medicine is 100%, including protection from head injury by wearing a helmet. But there is no comparison between the protection offered by helmets versus by toques. For those who think wearing a helmet sucks, try being confined to a wheelchair after a brain injury.

Also, in this day and age when Medicare is under massive strain, the expenses of brain injury rehab and subsequent supported living – millions of dollars per person – tends to make safety precautions in all activities with the potential for serious injury more public policy than a personal decision.” 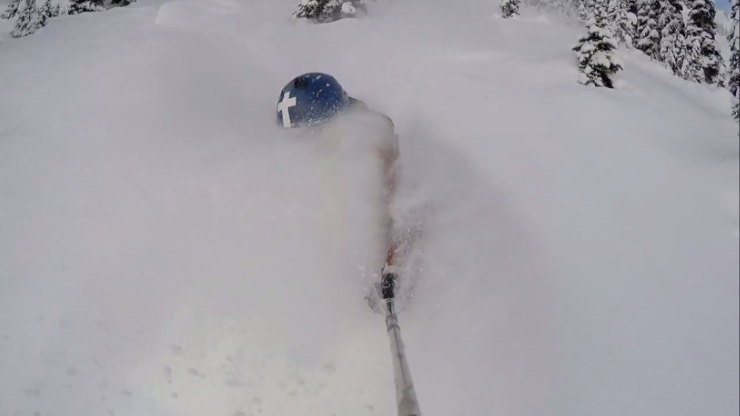 “The only mods I do to my helmets is throw a GoPro mount on the top, and a cross sticker on as a conversation starter on the chairlift.” – Dave Treadway

It’s worth noting that those fatality statistics from above are from within the boundaries of North America’s resorts. 31 people died in avalanches that same year (2011).

Death may seem like the ultimate price to pay. But head injuries can be unspeakably debilitating. Some people have to reteach themselves to walk, let alone ski. Others don’t recognize their families. And sometimes, a hefty knock to the melon can turn you into a completely different person.

“Helmets are so comfortable now and all it takes is one bad hit to change your life,” says James Heim, pro skier and MSP athlete. “I hope to ski forever so taking a small step by wearing a helmet seems like a no brainer.”

“When I was 19 I was living in Chamonix, and took a tumble down a colouir, explains Dave Treadway (who, incidentally, has one of the more recognizable helmets in the game). “I was tomahawking through the choke and smashed my head/face off a rock.  My helmet exploded off my head and I mashed my face, ending up with 20+ stitches.  Fortunately, because I was wearing a helmet, it was just a flesh wound and I was back skiing after a day of rest.”

The threat of physical injury in skiing and snowboarding is painfully obvious. So at least we understand the risks we’re taking. But we love this shit because strapping boards to our feet and pointing downhill turns us into superheroes.

We can go 120 kph and fly through just as many feet in the air. The only thing is we can’t use regenerative healing powers to sort ourselves out after a high speed tomahawk into a pile of rocks, like Wolverine.

Blaine Wolokowski, on the steeps with both peace and protection of mind. Photo: Callum Jelley 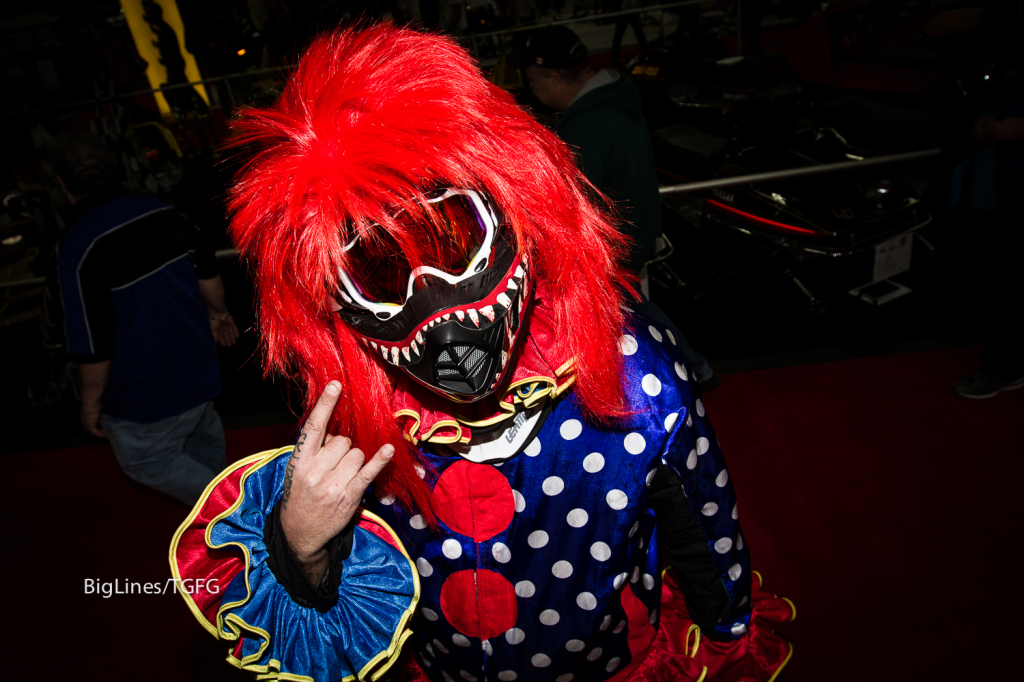 You can always mod your helmet so it suits your style, just like this gentleman did.

Before I finished this article, I polled my friends to see what people had to say for and against wearing helmets on the slopes. About 3/4s of my friends were pro-helmet, especially the parents in the bunch.

There were a couple decent points against helmet use, namely the dangers of reduced hearing in avalanche terrain and an inflated sense of security leading to questionable judgment calls.

Some people say that wearing a helmet encourages questionable judgement calls. This photo does little to disprove that statement.

But the most valid point out of all of them is that adults deserve the right to choose for themselves. The last thing we all want is cops on snowbikes patrolling the slopes, dishing out tickets to the helmetless on sunny days in the spring.

Everyone has the right to “MacTavish” their way around the slopes. 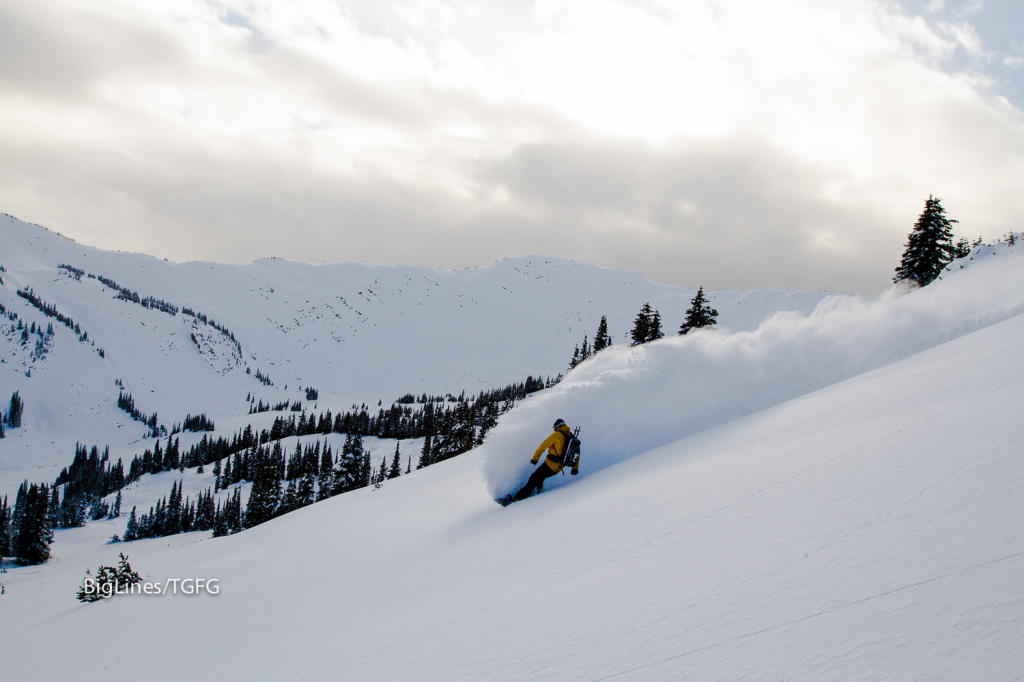 Aaron Bernasconi leans into a soulful slasher, sans helmet, over the early season bones of the Purcell Mountains.

But more and more people, including myself, are considering a helmet part of their uniform every time they head to the mountain.

Nobody’s telling us to do this. But much like wearing condoms in ski towns, we just feel like it’s the right thing to do.