Sixty seven invited riders saddled up today for Day One of Wrangle the Chute at Kicking Horse Mountain Resort. The sun was shining as the event kicked off like a friendly old hoe down at the top of CPR ridge at where cowboys and cowgirls of all ages gathered to have their turn wranglin the chute, jumpin the jump and ridin the old buckin bronco. 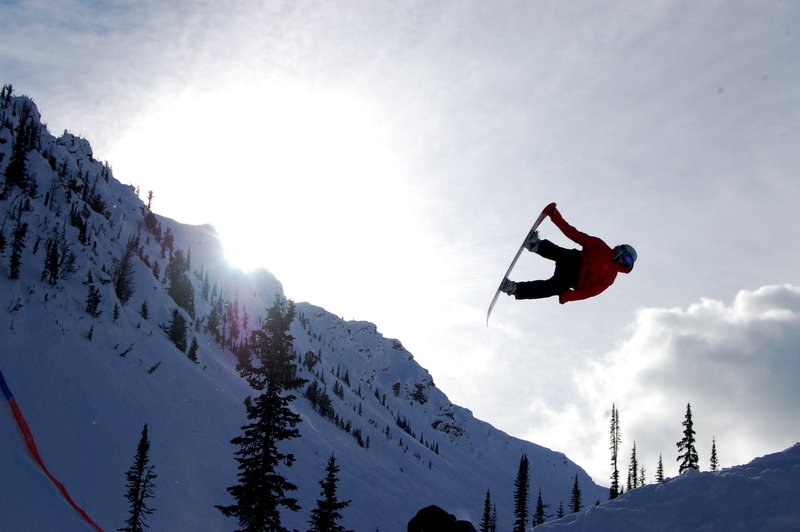 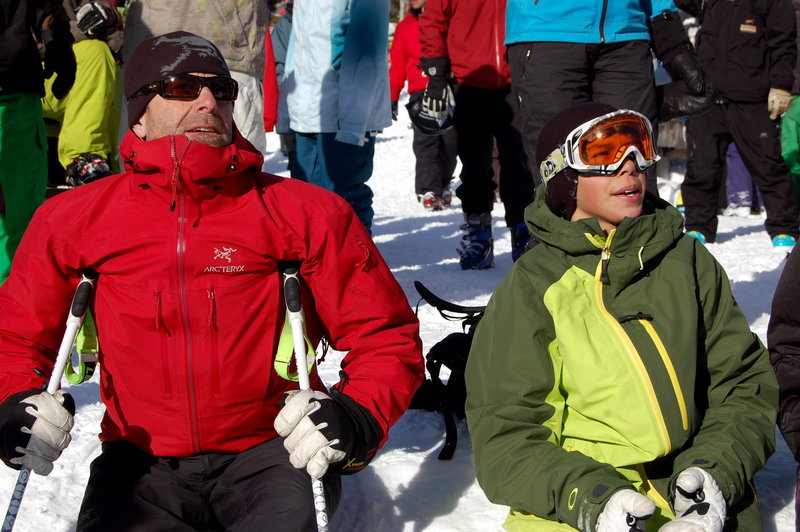 Fresh snow and high winds made for lots of action at warm up in the morning while the skiers and snowboarders attempted to figure out the right speed for the jump– a tricky kicker-step up to super short landing. It quickly became apparent that maybe Wrangle the Chute should be renamed as “Mangle your Shit” but the showdown continued with no lack of style, tricks and carnage to say the least.

At high noon, spectators gathered around the watering hole outside the mid mountain yurt with their eyes on the course ready to watch the three-part big mountain event take place. 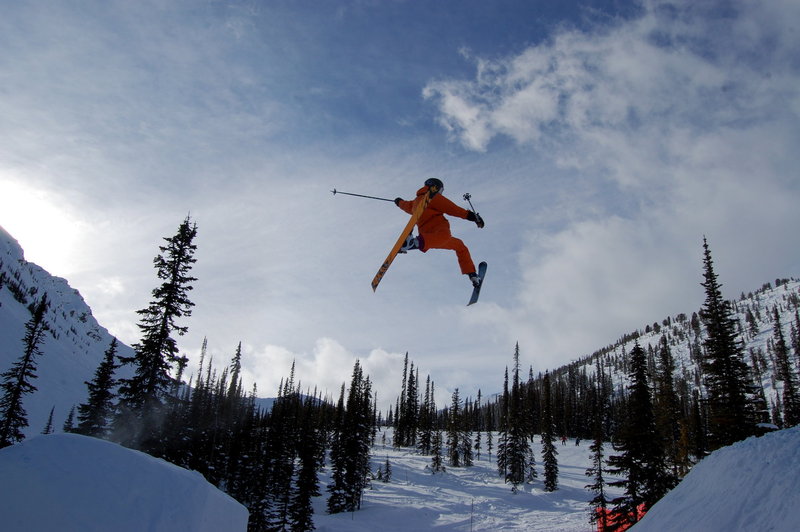 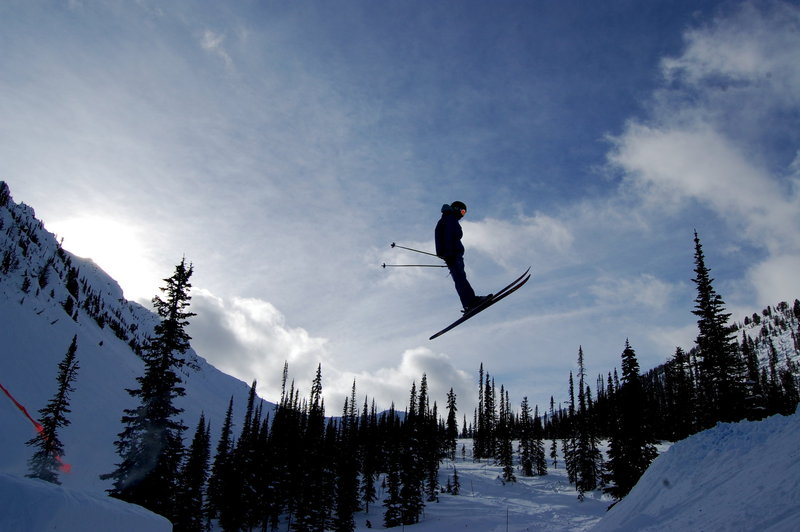 Inspection was visual only and the venue was closed for a week prior so the chute lay pristinely blanketed in white stuff. It looked inviting, but as riders dropped blindly into unexpectedly hard landings and variable snow conditions it was plain as the nose on your face that looks can be deceiving. Spectacular crashes, cased jumps and overshoot’s aside there was some serious throwing down of the skiing sort- with smooth and stylie straight lines, huge threes off cliffs,  big
drops, a little billy goating, a few flips. 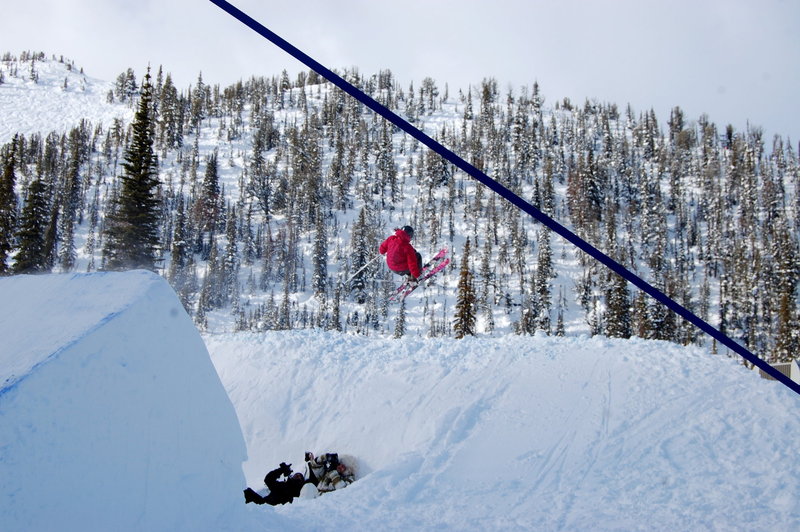 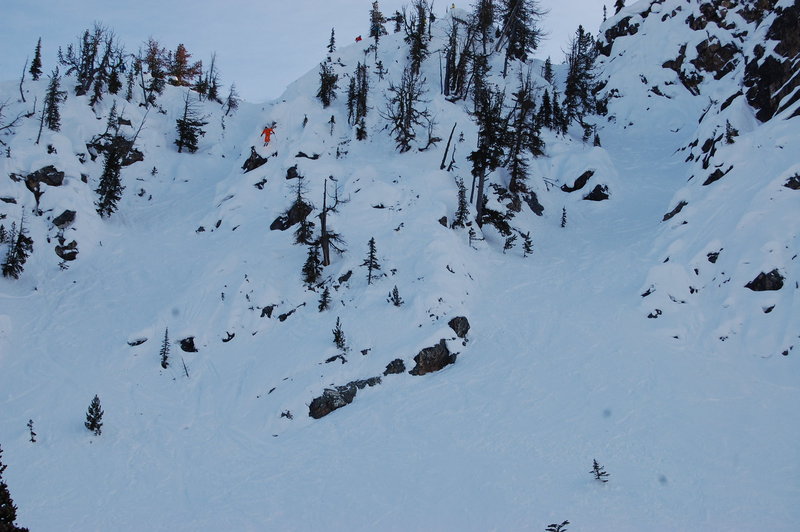 The mixing pot of junior and senior competitors, men and women, skiers and snowboarders kept things exciting till the bitter end when everyone headed into the sunset to prepare for that night’s poker tournament and showcase of the days photos at the day lodge. 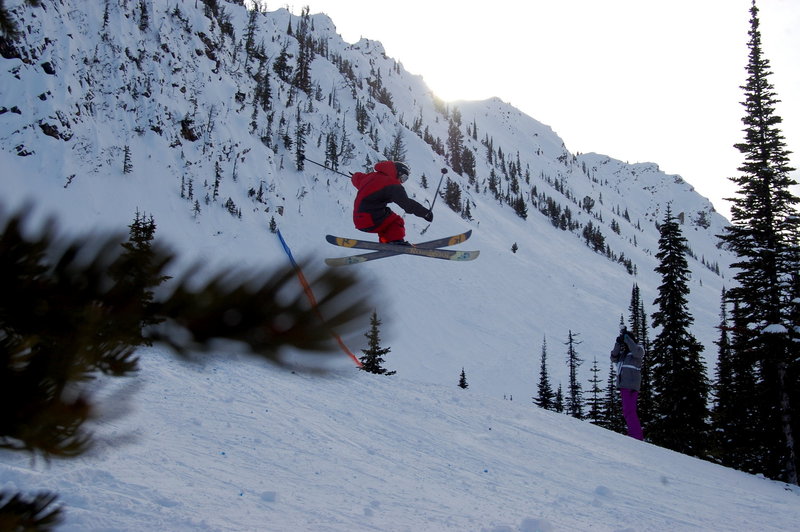 Stay tuned for results and find out who gets crowned as king and queen of the chute on Day 2.