After a couple of decades of ideas and concepts, and years of permitting and organizing and fundraising, construction began this week on the Louise and Richard Guy Hut at Mont des Poilus.

Helicopters brought Alpine Club of Canada (ACC) staff, volunteers and materials and tools for the summer’s work to the site. A camp has been set up for the work crews who will be rotating through the site from now until the end of August. 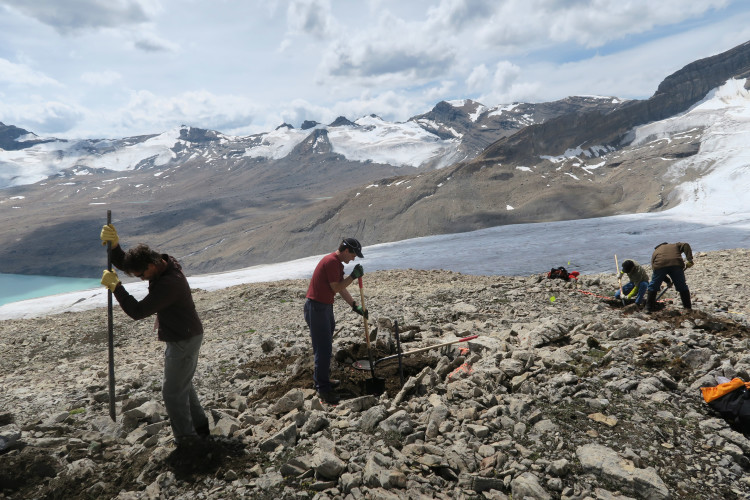 Working in a truly spectacular worksite

The Northern end of the Wapta Icefield in Yoho National Park is a spectacular mountain landscape – surrounded by glaciers and Rocky Mountain peaks in all directions in an area seldom visited in any season. The area will be a second home to the ACC’s facilities maintenance team and a small army of volunteers and contractors this summer. When the hut is finished, it will open up this beautiful area to hut-based ski tours connecting the other four ACC huts on the Wapta to the Little Yoho Valley and the Stanley Mitchell Hut. 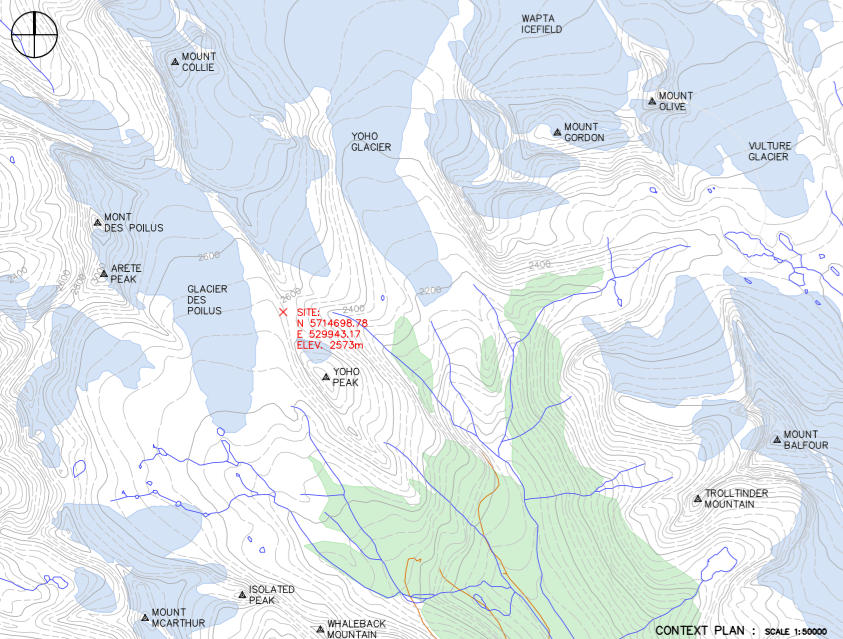 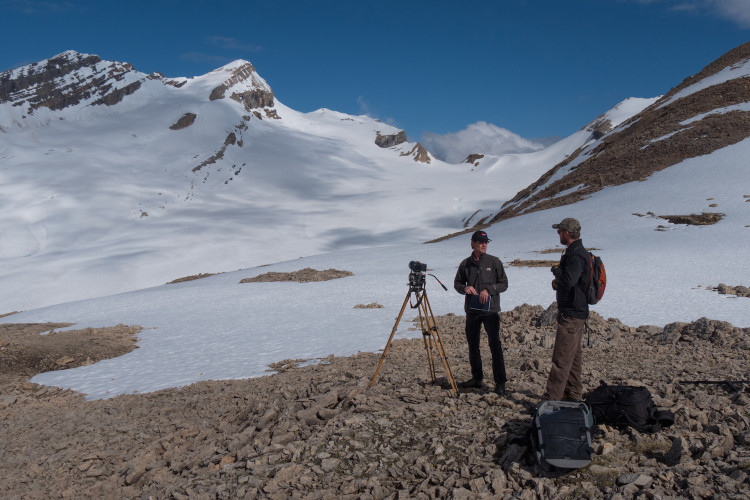 Construction projects in the mountains go by less of a hard schedule than normal, but here’s what we’re planning right now. For the week of July 18-24, the camp has been set up and the digging and construction work has begun. The foundation will be dug and prepared and will then be approved by geotechnical engineers. If everything goes as planned, the concrete contractors will be pouring cement from helicopters on Friday. 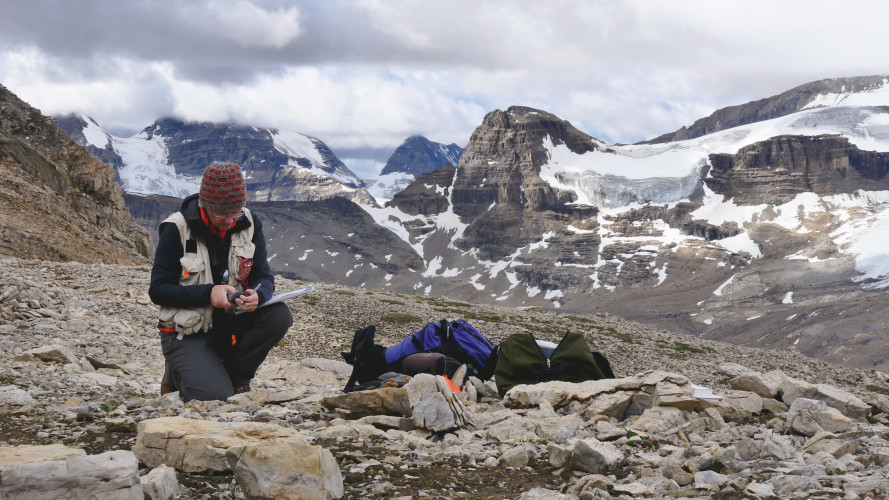 Botanist and ACC volunteer Jane Lancaster works at the hut site. Photo by Will Schmidt

Week two is scheduled to see the structural steel framing of the main hut and the construction of the outhouse.

Weeks three and four should see panel construction of the hut walls.

The following weeks will see installation of the windows, doors, roofing and siding. The interior work on the kitchen, fixtures, bunks, flooring and stairs will continue after lock up. ACC staff have been busy in our shop this past winter, building what will become much of the interior of the new hut. Benches, tables, cabinets and other fixtures have been lovingly crafted and will be flown to the site after lockup later in the summer. 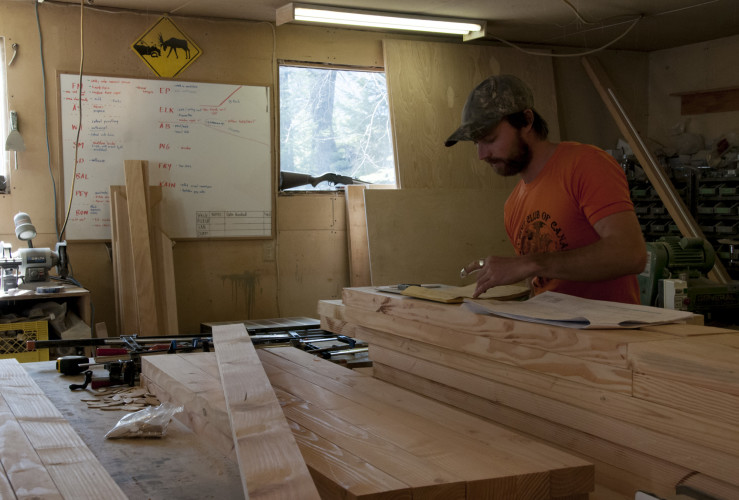 Darren Enderwick in the ACC shop. Photo by Rebecca Ferri 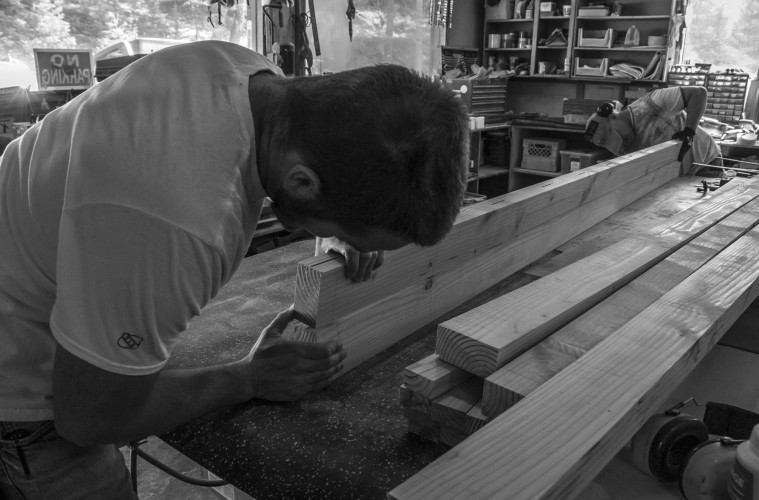 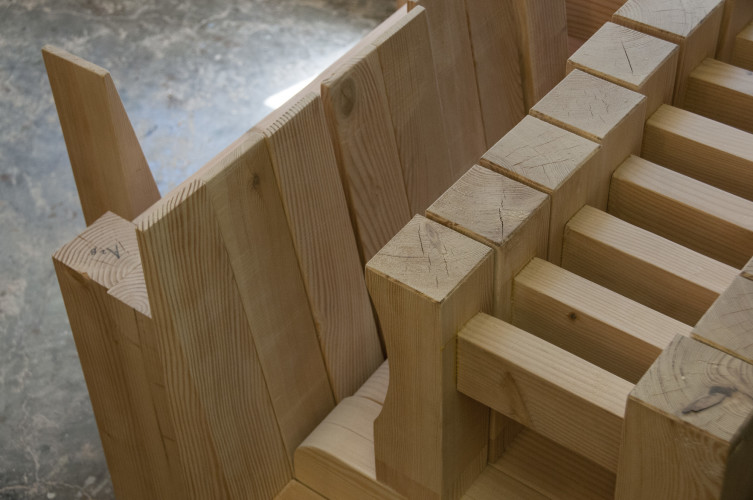 The final steps will be the installation of the solar and wind generator components. 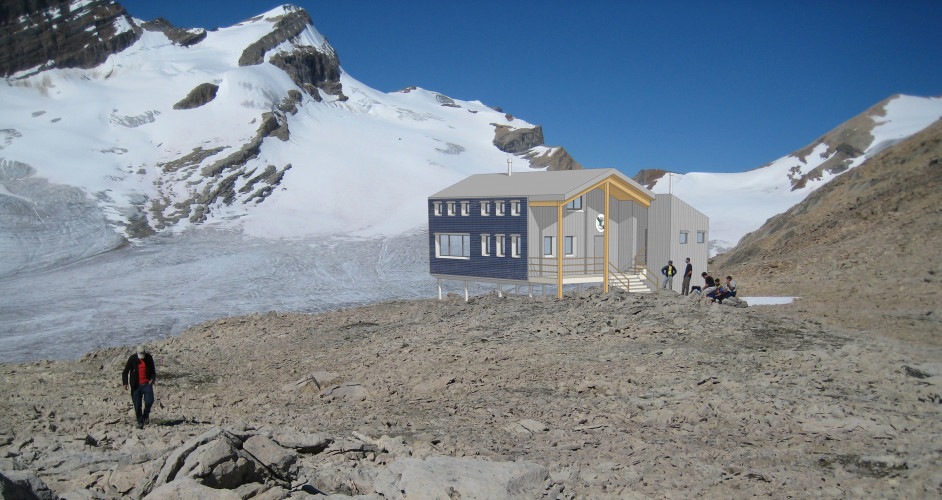 The building of the Louise and Richard Guy Hut will be recorded in images and film by the team of Will Schmidt and Roger Vernon. We’re looking forward to seeing their work. 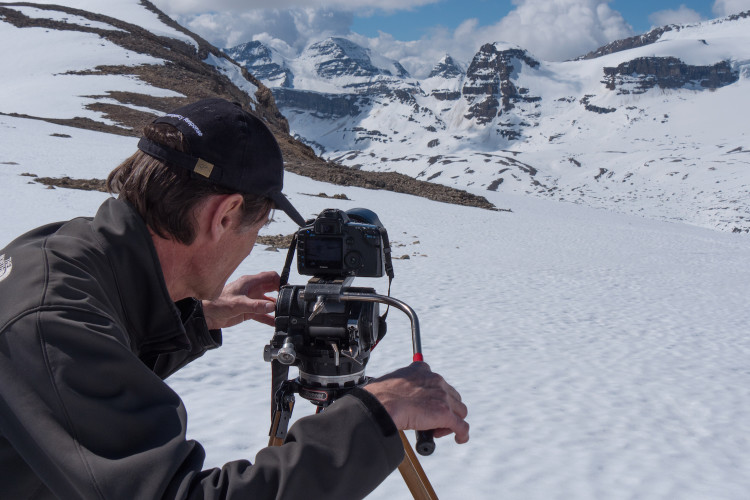 Filmmaker Roger Vernon at the site of the future Louise & Richard Guy Hut, Yoho National Park. Photo by Will Schmidt

To all of our amazing volunteers and donors

The ACC could never pull off a project of this magnitude without the help of many, many volunteers and financial donors. Every step along the way, from the first ideas for the hut many years ago to the holes dug in the scree on the shoulder of Mont des Poilus this week to the physical labour in the weeks to come has included volunteers. All of the funds for this project have come from donations by our generous members. We thank all of you for making this project possible.

The ribbon cutting ceremony is scheduled to take place on August 31. The hut will open for occupancy beginning in January, 2016.