We’ve all been there. It’s the first sunny day after a metre + storm cycle and you’re wandering out to have a tentative look at the runs that lay just outside the resort. You’re geared up, you’re with a couple of mutually trusted partners and for all intents and purposes, you’re taking the precautions you feel like you need to take.

But once you get to the bottom of the bootpack, you encounter a guy wearing a pair of jeans and a Winnipeg Blue Bombers jersey post-holing through the fragile snowpack. He doesn’t have any avalanche gear, but he does appear to have his two kids with him. Or maybe you bump into a posse of local teenagers with no idea what they’re getting in to.

The clueless backcountry enthusiast comes in all shapes and sizes.

In any event, what do you do?

Of course there’s no “right” way of telling people they’re being idiots. And who’s to say that we’re not all just a bunch of kooks out there? Either way, it doesn’t matter who you’re trying to convince to rethink their decision, you have to always remember that NOBODY likes being told what to do.

Here’s a technique that, if nothing else, seems to be working for me:

It’s important not to get caught up in the territorial localism that a scene like this is likely to ignite. I’ve made this foolish mistake too many times and it’s gotten me nowhere.

The backcountry belongs to us all, so be welcoming. Say hello, talk about the weather, maybe tell a funny joke.

“How do you find Will Smith in a snowstorm?

You look for the Fresh Prints.”

2. Ask them where they’re going.

This is a hard-hitting question when it comes to backcountry travel, so be delicate. Chances are they don’t know. This is ammunition for you, but don’t be blatant about it.

If they do actually know where they’re going, use their “local knowledge” to be extra specific about what spots might be dangerous. 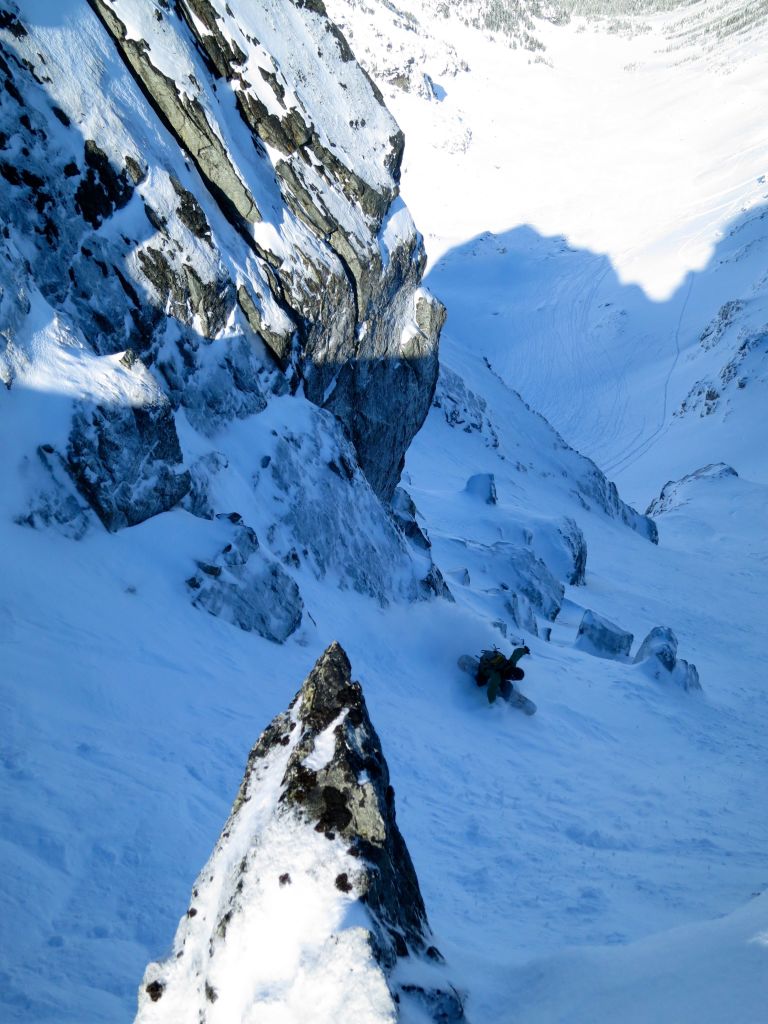 Pat Mckinnon had to negotiate a no-fall-zone, exposed over crevasses, to drop into this line in the immediate backcountry off Blackcomb Mountain.

3. Ask them if they know they’re in the backcountry, as opposed to the controlled areas within the resort.

Just because they just walked past a massive sign, possibly even a gate with a built-in beacon checker, doesn’t mean that a group knows they’ve exited the resort boundary. Any ski patroller, especially the jaded ones, will confirm this bizarre phenomenon.

Take a second to explain the difference between controlled and backcountry terrain. 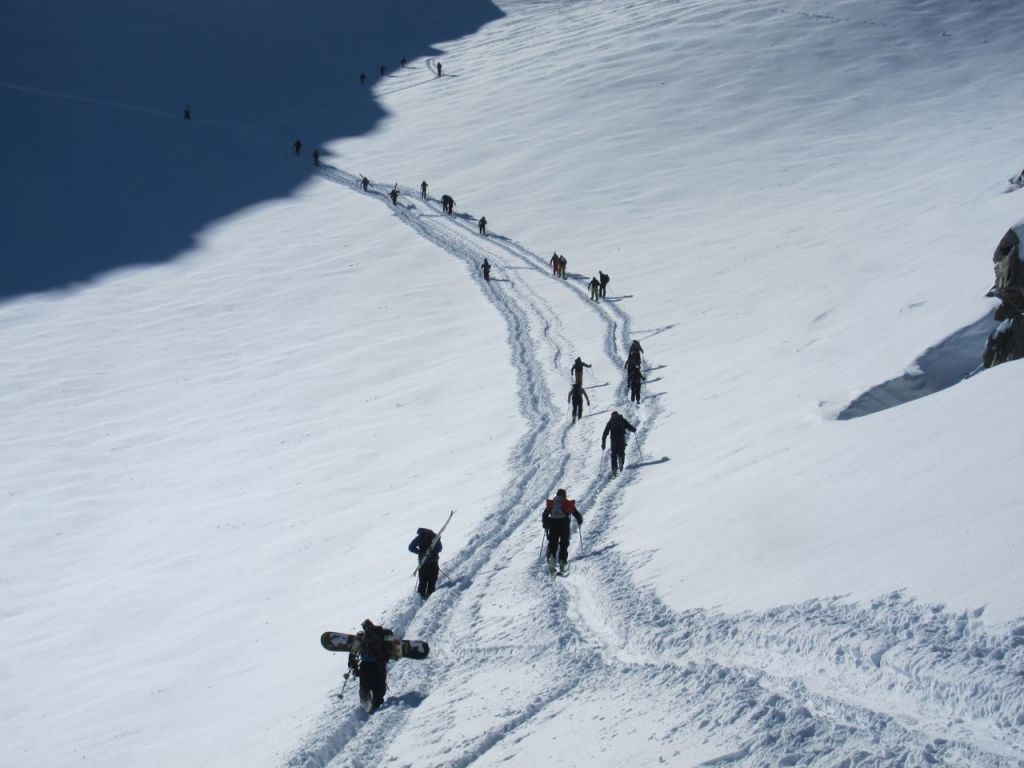 An increase in crowds  leads to an increase in the level of collective ignorance. Photo: Jamie Bond from www.doglotion.com

4. If you can, at sometime around this point in the conversation, do some not-so-subtle beacon checks with your crew.

It’ll give people a sense of how to do things safely.

5. Give them some information. Don’t be afraid to embellish hazards.

Basically, you’re just letting these guys know what they’re getting in to. But it won’t hurt your case to exaggerate the prevalence of crevasses and mandatory airs.

This is also a good time to communicate your own concerns for that particular day: wind, recent snowfall, rapid warming etc…

6. Include some history of the area, even if you have to make it up.

Most backcountry areas will have a legitimate piece of grisly history attached to them.

-An unprepared skier was killed in 1991 while hiking to the East Col in Blackcomb’s immediate backcountry (you can actually point to the slope from the bottom of the bootpack).

-One of the founders of this very website broke his femur after being swept down a chute with two mandatory drops on the backside of Ozone, just outside the boundary at Kicking Horse Mountain Resort in 2007. 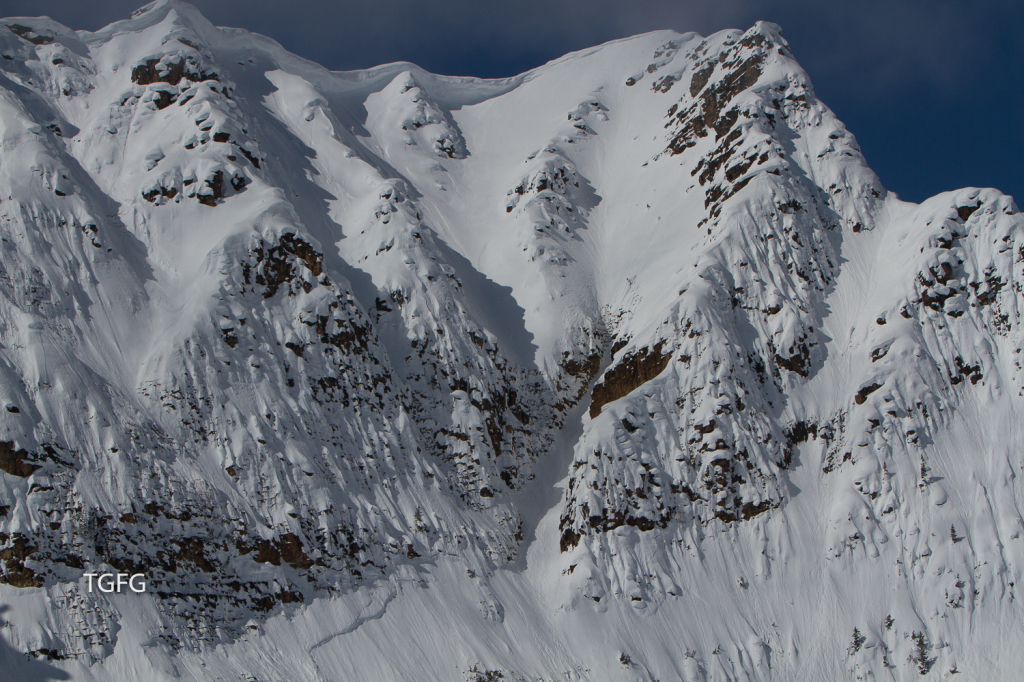 This kind of terrain is accessed within 30 minutes (or less) of walking from the resort boundary at KHMR.

-A man was killed in Greely Bowl just outside of Revelstoke Mountain Resort in February of 2013, not to mention the dozens of people who have accidentally spent the night out there.

-And Lake Louise’s West Bowl rips wall-to-wall a couple times a year, including in early December 2014 after the early season storms pounded The Rockies. 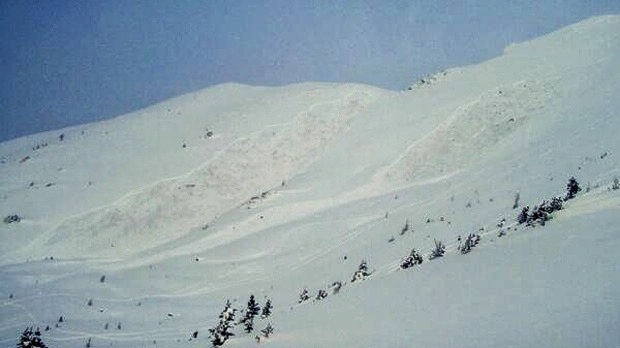 Lake Louise’s West Bowl from a couple years ago…

Of course these examples don’t even scratch the surface on the shit that’s gone down in the “slackcountry” (I try not to use that word) outside all of our local resorts.

But like I said, if you don’t have a story on hand, use your imagination.

“That slope up there slid two years ago and killed a dishwasher from The Spaghetti Factory,” you could say.

It’s always pretty easy figuring out whose bright idea it was to drag a couple people even more unprepared than they are to hit the “sick pow” on the other side of the resort boundary.

This guy’s the key to your operation, so find whatever common ground you need to.

“Is there a Blue Bombers game today?

“You’d probably get some cherry turns if you just dropped in here.”

9. Nourish the seed of doubt.

You’re presenting this whole scenario as a choice, but you’re really loading up one side of the story and sugarcoating the safer option.

While a lot of this friendly banter should be directed at the ringleader, make sure their followers are within earshot.Never underestimate the persuasive powers of tentative disciples.

10.  Let them come to the decision to turn around on their own.

This is the crux of the whole operation. It’s a play on human psychology and it doesn’t always go as planned. But it’s an effective way to counter the fact that people don’t like getting told what to do.

Have you ever dated a person or worked with someone who likes to call the shots? The only way to get your ideas through is to make those people think it was their idea in the first place.

I’ve been on the receiving end of that trick more times than I care to admit….it works. 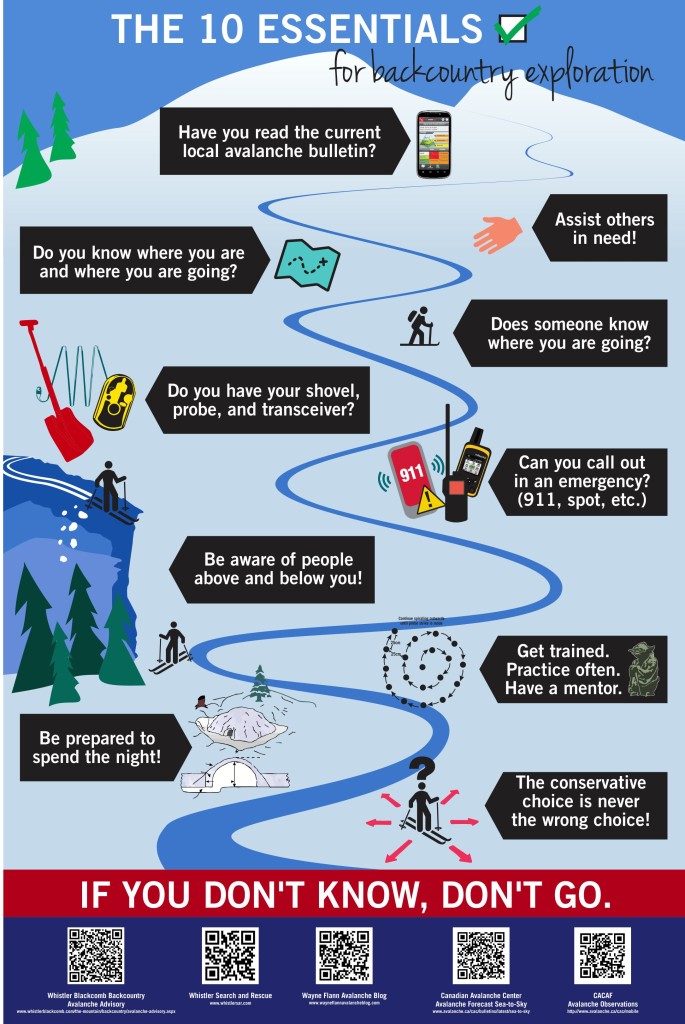 Whether the groups in question listen to you or not, they’ll at least take in the information you’ve given them, especially if you’re friendly about it.

We all need to be able to realize when we’re in over our heads. And if at all possible, we have to be totally aware of the risks we’re taking and the repercussions associated with taking them.

There’s always the Darwin argument, but bad backcountry habits put everyone at risk, including the people charged with the unfortunate task of digging us out.

It’s all too easy to turn the other way when you see people heading into the backcountry without a clue, but it’s definitely worth taking the time to provide some friendly education. Even if people ultimately decide to venture across the boundary, it’s worth letting them know that they should ski their run one at a time and keep an eye on one another.

Of course this whole write-up is geared towards the specific scenario of encountering the unprepared at the boundary of the resort, but it can be equally effective if you see a posse of dudes angling towards a massive line in a place like Roger’s Pass on a questionable day.

So maybe find an approach that works for you and start spreading the good word of Avalanche Awareness.

But for god’s sakes, don’t let me tell you what to do.