We’re not saying you should ski something rad. We’re just saying…

“Woo. Let’s go ski that!” We’ve skinned about 9km and climbed 1200m to reach the top of this chute and Chris Rubens, with his perpetual stoke, has seen something better. It’s a line off Mt Bell next to the popular North Couloir above Taylor Lake. It’s basically the area we decided against 2 hours early when we headed northwest instead to check out the chute we just climbed. He’s right though. It does look better than the dogleg line we just punched a track up. 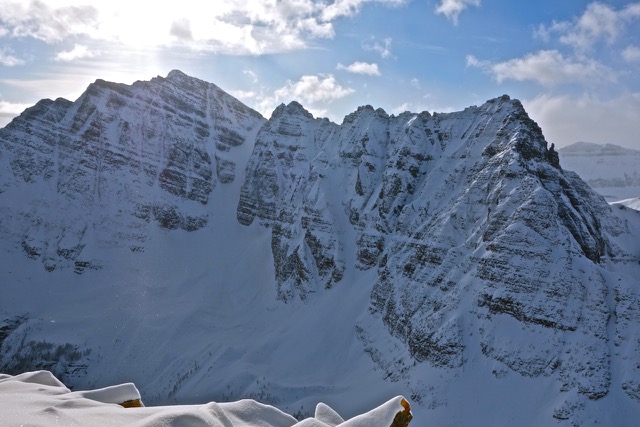 “We skied the looker’s left chute of the V in the middle. Ian Holmes rode the one on the right. Mt Bell.” 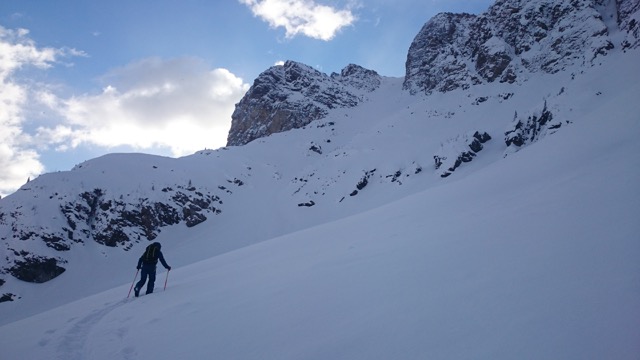 Within minutes he’s found us a south facing line that “Looks like it goes” and will take us towards our new infatuation. Best decision we made all day. Not because the south was good skiing. It was not. 5-10cm of new snow fell overnight but alpine south faces in the Rockies should be avoided right now. It was thin, icy and full of refrozen avalanche debris. 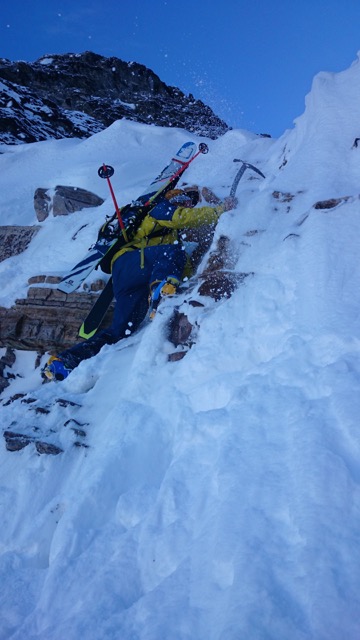 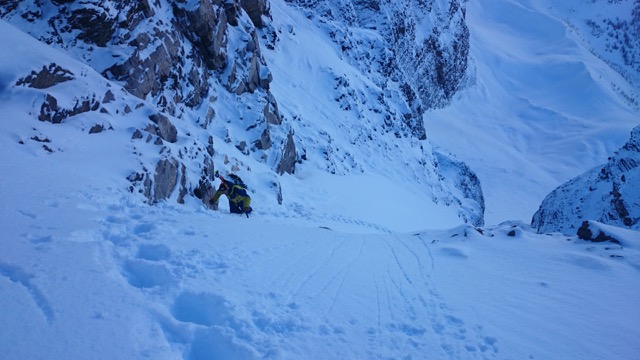 Everyone loves January in The Rockies…Wait, what? 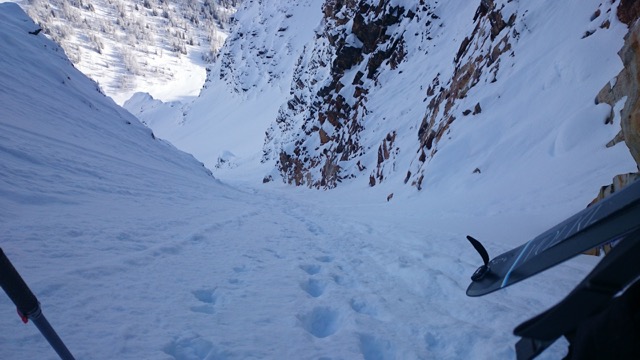 Good stability and shreddable pow on a line like this one? Yew!

What you want to find right now is smooth, cold, old snow that has been dusted with 10cm (there’s a bit more forecasted for Tuesday). We found just that in our second couloir of the day. We kicked easy steps up well consolidated snow. “But it’s January in the Rockies!” you say? Doesn’t feel like it. Stability and alpine travel conditions are both better than you should hope for here mid-winter. 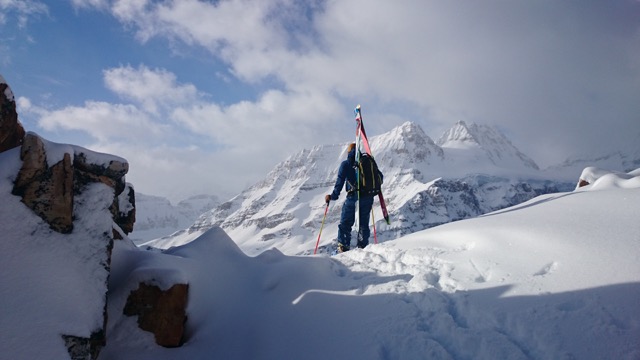 Taking in the vistas from the top of Mount Bell…

Big-ish lines are being skied all over Banff National Park ever since the avalanche bulletin went to the green block (LOW-LOW-LOW). And the new snow is making it even more enjoyable.

As Rubens put it, “I’ve been more scared skiing the Rockies in Spring.” He did look a little “anxious” scaling the 10 foot mixed climbing section at the bottom of the chute. But of course he confidently stomped the air on the way down. 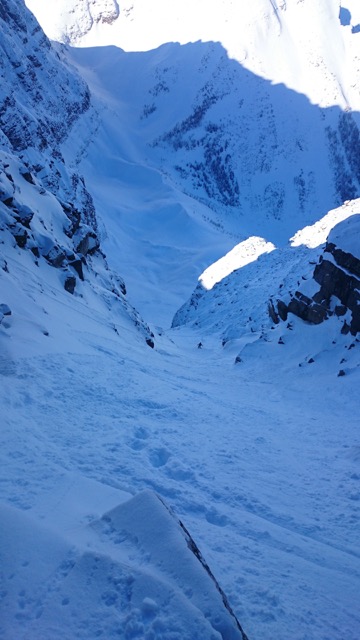 The Rockies have always had a knack for dodging Pineapples… 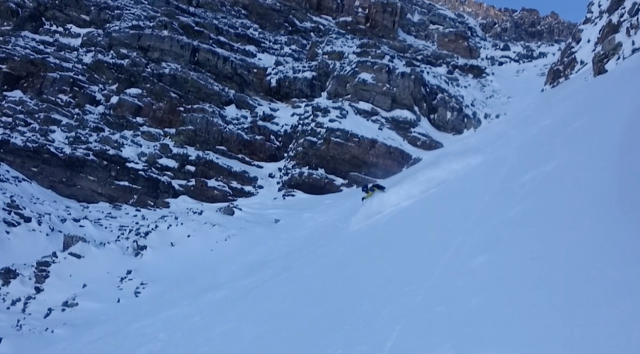 Rubens, skiing with soul in the mountain range that made him who he is today….

The skiing, at least in this one couloir, was good. Firm, predictable snow with 10cm of light on top and the odd rock or ice chunk to keep you honest. You could ski confidently with just enough slough to keep it all interesting. 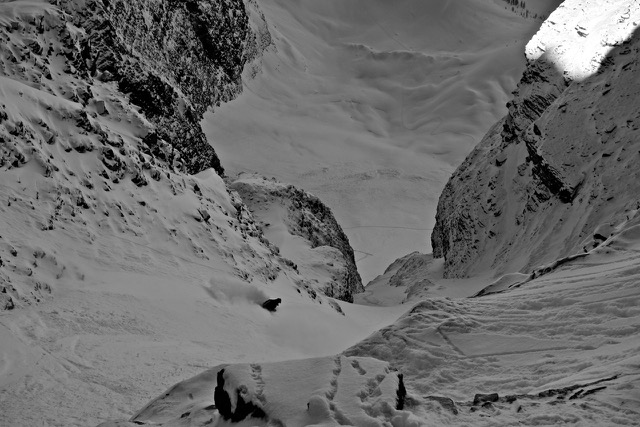 Best time of your life.

There is still avalanche hazard out there. We avoided steep open slopes with thin areas and kept an eye out for new windslab. But it’s a pleasant window of stability for the Rockies.

The window will close. So get out there and make the most of it!